A Christian crucifix stands encased in a wooden box that has been attached to a panelled wall in Quebec, Canada. The image is white except for the Jesus icon itself and coloured lights which glow on this dark afternoon in the depths of Winter. The religious shrine consists of the human effigy standing a plinth next to faded dried flowers. On the left side are six wheel hubs also fixed to a wire fence that borders this person's property. Their decorative design suggests the Canadian owner likes driving sports or utility vehicles but who is also a worshipper of the Christian faith and believer in idols. Canada's 2001 Census showed, 72% of the Canadian population listed Roman Catholicism or Protestantism as their religion. The Roman Catholic Church in Canada is by far the country's largest single denomination. 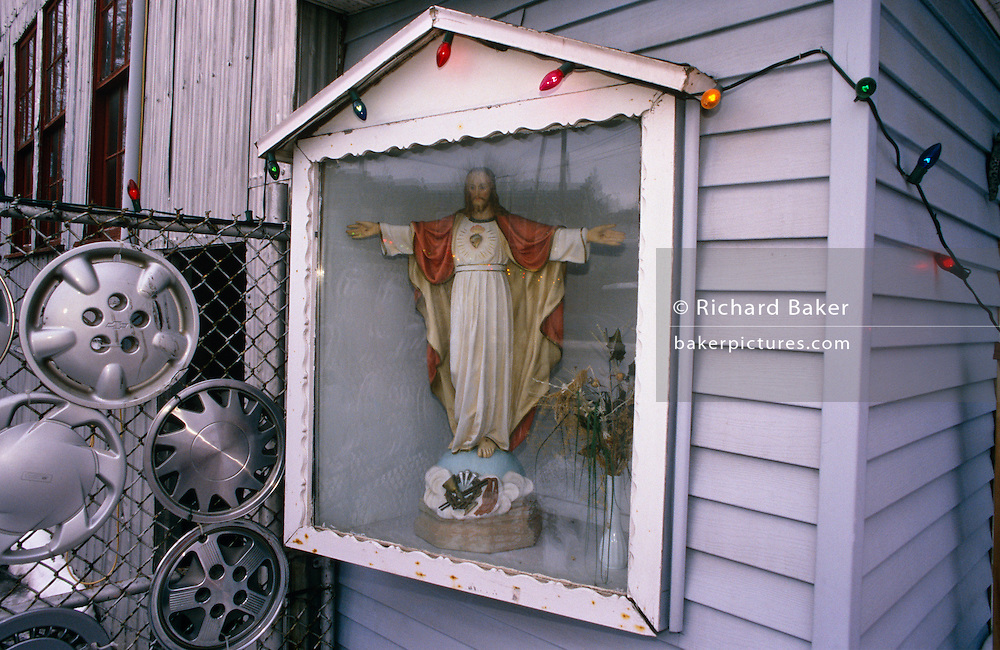