In front of an ad for Mercury, the 90s mobile phone network provider, a city worker uses his mobile phone in a London street. Actor Harry Enfield was the face of the media campaign on tv and in print to help promote the young industry, still then an expensive accessory for the ordinary Briton. Mercury Communications, was a national telephone company in the United Kingdom, formed in 1981 as a subsidiary of Cable & Wireless to challenge the monopoly of British Telecom (BT). Mercury was the first competitor to BT, and although it proved only moderately successful at challenging their dominance, it was to set the path for new communication companies to attempt the same. In 1997, Mercury ceased to exist as a brand with its amalgamation into the operations of Cable & Wireless Communications and totally exited from the telecommunications business by 1999. 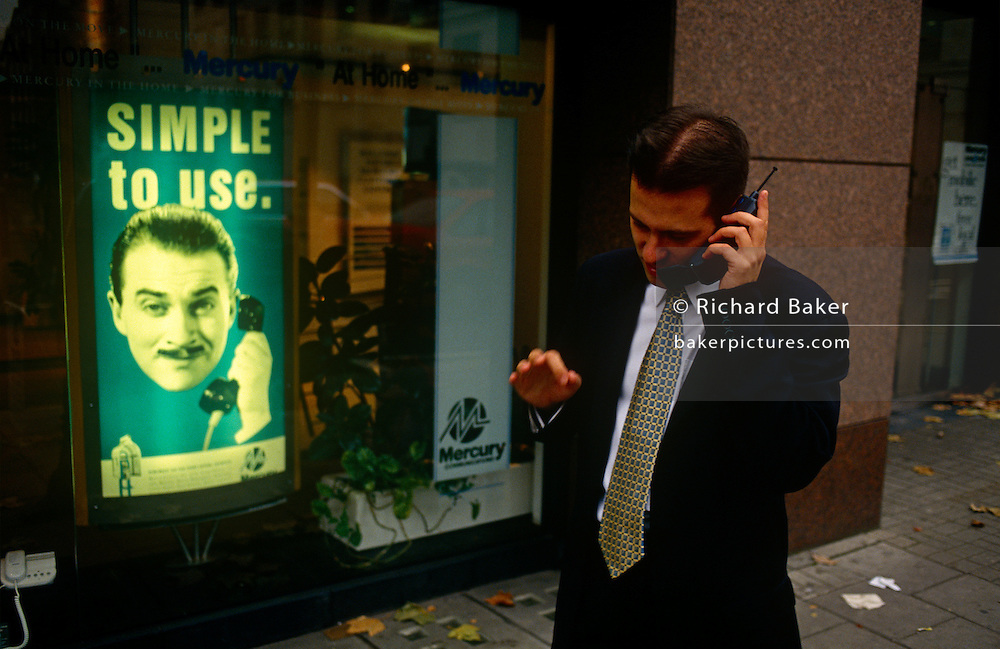