Extinction Rebellion Protest In the City Of London

Climate Change activists take their Environmental and Economy protest called 'The Walk of Shame' to the City of London, the capital's financial district , on 4th September 2020, in London, England. According to XR, "companies and institutions have profited from the slave trade and the profit from the exploitation of people and the planet. Companies on their tour of City insitutions such as Lloyds of London, Aviva Insurance and the Bank of England, are financing and insuring major fossil fuel projects, fuelling the climate and ecological emergency." 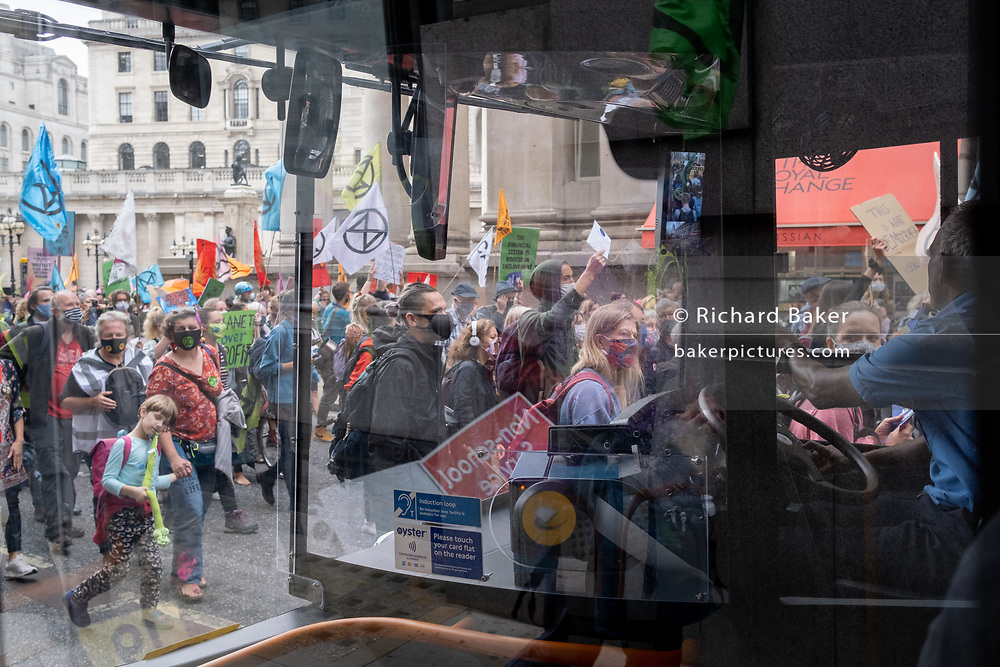