Standing behind barriers opposite Prime Minister Brown's Downing Street in Whitehall, the heart of Britain's governmental district in Westminster, some of the thousands of pro-Tibet protesters angrily shout their messages to 80 torchbearing personalities who ran 31 miles through the UK capital's streets. We see them holding images of dead Tibetans, killed by Chinese forces during the most recent crackdown in Lhasa and holding placards with anti-Chinese messages. Amid chaotic scenes across London and Paris where mass-arrests and civil disobedience marked what was planned as a pre-Olympic carnival, the IOC's event proved a disaster for Chinese organisers. 37 were arrested but these facts were blanked from official TV screens which showed only the calm personlities who carried in turn the Olympic flame. 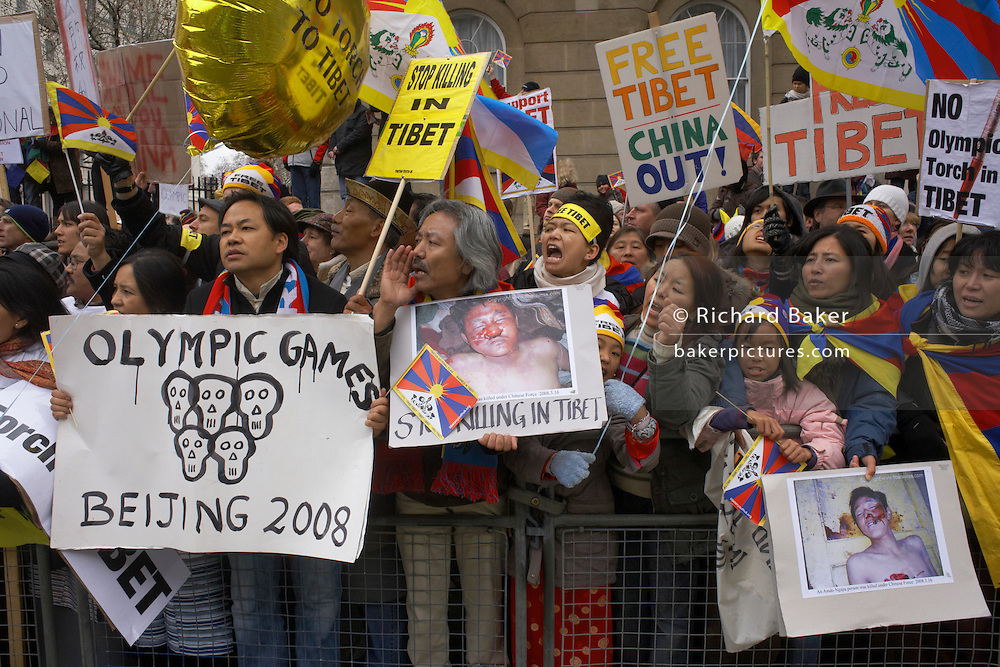