The shadow of a tourist is seen across a central pillar covered in graffiti on Ponte Vecchio that crosses River Arno, Florence. The names of past visitors are etched on the medieval plaster and beyond is a rower who sculls upstream on the river towards the boating club that lies just beyond the bridge at the water's edge. The Ponte Vecchio ("Old Bridge") is a Medieval bridge over the Arno River, in Florence, Italy, noted for still having shops built along it, as was once common. Butchers initially occupied the shops; the present tenants are jewellers, art dealers and souvenir sellers. It has been described as Europe's oldest wholly-stone, closed-spandrel segmental arch bridge. To enforce the prestige of the bridge, in 1593 the Medici Grand Dukes prohibited butchers from selling there; their place was immediately taken by several gold merchants. 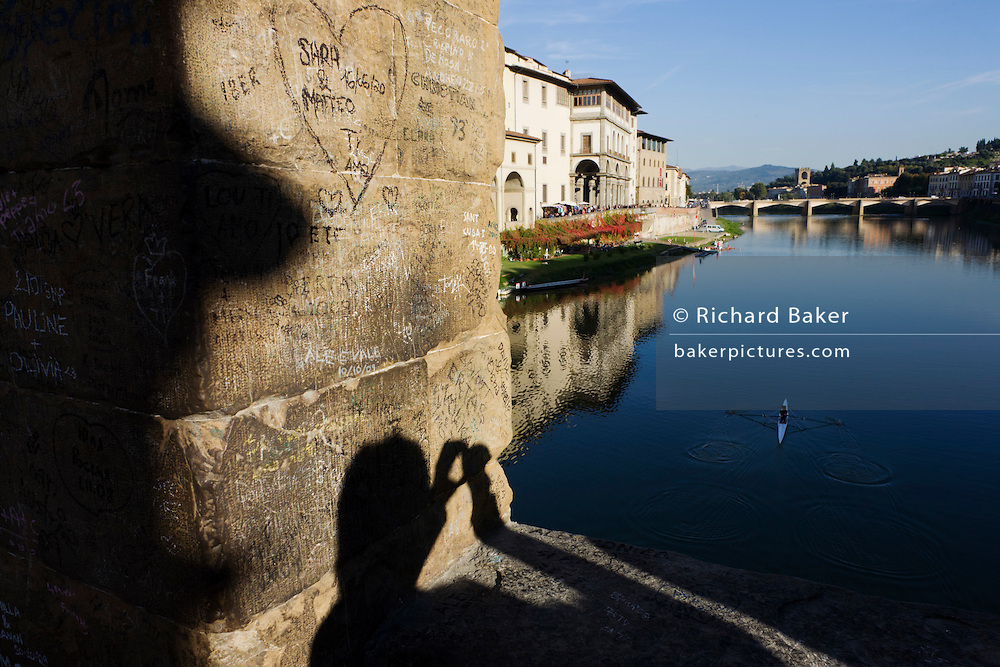