Visitors climb and descend the 225 steps, 43 metre high Waterloo Lion's battlefield Mound, on 25th March 2017, at Waterloo, Belgium. The Lion's Mound (Butte du Lion is a large conical artificial hill completed in 1826. It commemorates the location on the battlefield of Waterloo where a musket ball hit the shoulder of William II of the Netherlands (the Prince of Orange) and knocked him from his horse during the battle. From the summit, the hill offers a 360 degree vista of the battlefield. The Battle of Waterloo was fought 18 June 1815. A French army under Napoleon Bonaparte was defeated by two of the armies of the Seventh Coalition: an Anglo-led Allied army under the command of the Duke of Wellington, and a Prussian army under the command of Gebhard Leberecht von Blücher, resulting in 41,000 casualties. 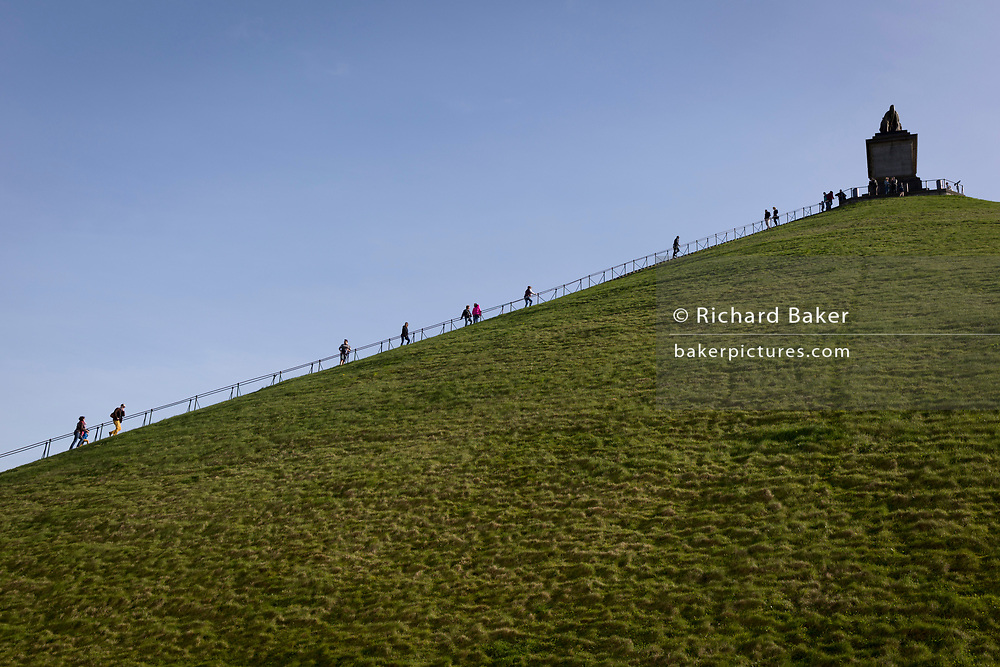