Visitors climb and descend the steep gradient of 225 steps, 43 metre high Waterloo Lion's battlefield Mound, on 25th March 2017, at Waterloo, Belgium. The Lion's Mound (Butte du Lion is a large conical artificial hill completed in 1826. It commemorates the location on the battlefield of Waterloo where a musket ball hit the shoulder of William II of the Netherlands (the Prince of Orange) and knocked him from his horse during the battle. From the summit, the hill offers a 360 degree vista of the battlefield. The Battle of Waterloo was fought 18 June 1815. A French army under Napoleon Bonaparte was defeated by two of the armies of the Seventh Coalition: an Anglo-led Allied army under the command of the Duke of Wellington, and a Prussian army under the command of Gebhard Leberecht von Blücher, resulting in 41,000 casualties. 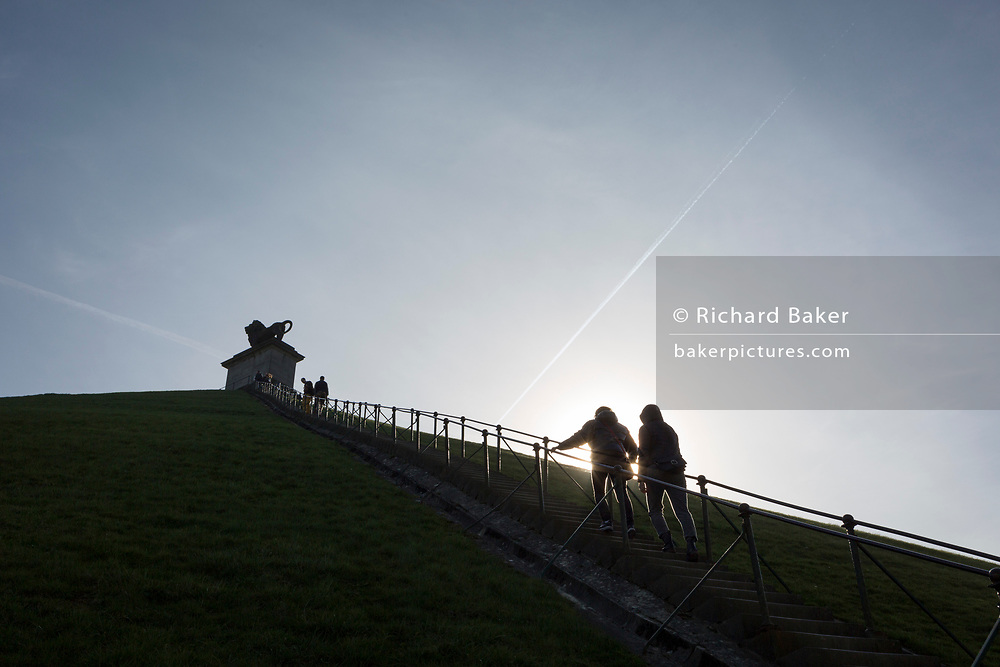