While a shrine of flowers and messages continue to grow ten days after the terrorist attack on London Bridge and Borough Market, the Griffin marking the southern-most boundary of the City of London - the capital's financial district - has been draped with the English flag (aka the Cross of St. George), on 12th June 2017 in London, England. Near the southern-most boundary of the City of London, where tLondoners and visitors to the capital leave their emotional and defiant poems and personal messages on post-it notes. 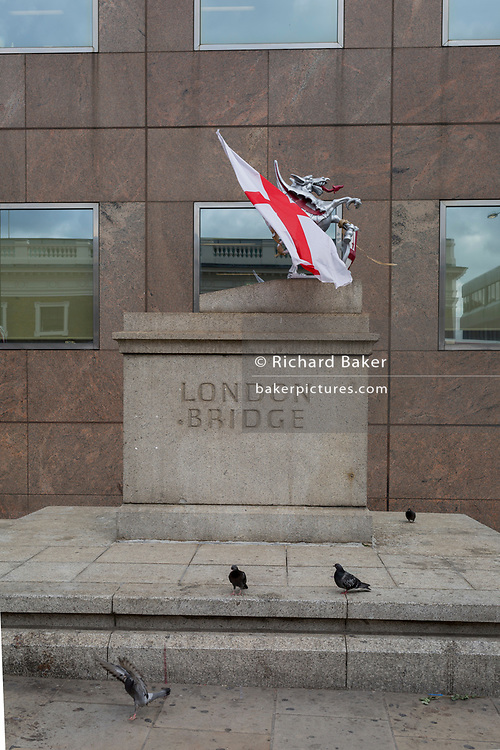