A statue of the French Imperial Eagle, still watching over the battlefield exhibitions of the Panorama and Lion's Mound at the Waterloo battlefield, on 25th March 2017, at Waterloo, Belgium. The French Imperial Eagle refers to the figure of an eagle on a staff carried into battle as a standard by the Grande Armée of Napoleon I during the Napoleonic Wars. Although they were presented with regimental colours, the regiments of Napoleon I tended to carry at their head the imperial eagle. Waterloo was fought on 18 June 1815 between a French army under Napoleon Bonaparte, defeated by two of the armies of the Seventh Coalition: an Anglo-led Allied army under the command of the Duke of Wellington, and a Prussian army under the command of Gebhard Leberecht von Blücher, resulting in 41,000 casualties. 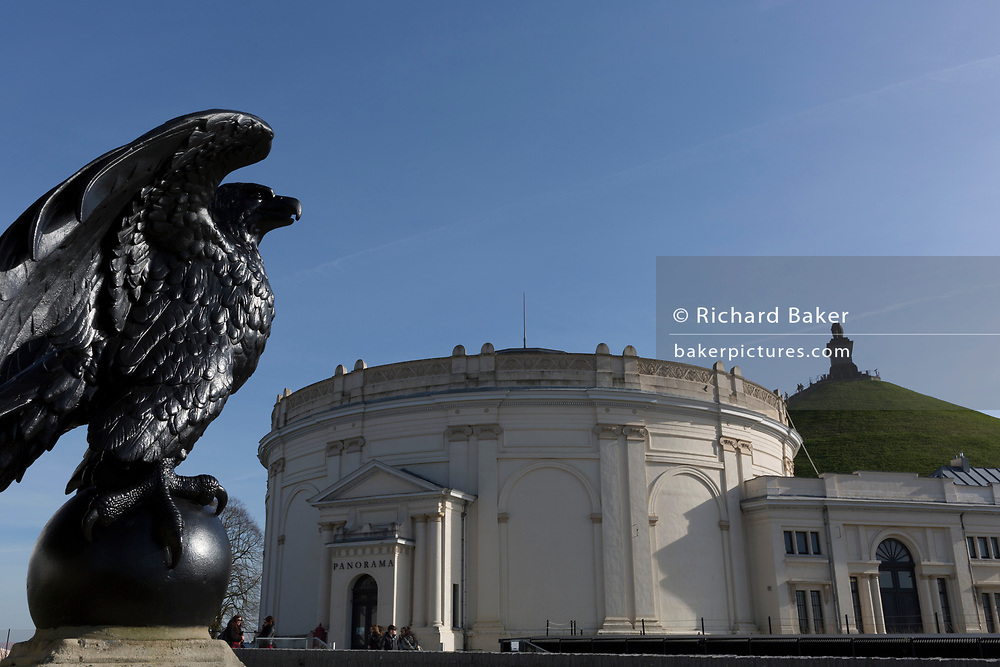