We are looking down from above to office and business workers who are lying down and relaxing in the grass in their lunch break at Finsbury Circus, a circular green park space in the heart of London's financial district, the City of London. Surrounding them is an art instillation of steel sheep that are incongruously grazing among the assorted people, much like they once did when London was a home to livestock en-route to market and other animals used for transport. It is a warm afternoon and in the foreground, a man wearing a dark suit has taken off his polished shoes and is lying his head on his jacket in the warm afternoon, loosening his tight tie and stretching his neck. Elsewhere, a lady is sitting eating a packed lunch with the Sun newspaper and a man a little further behind is in jeans and plimsoll shoes. The City of London has a resident population of under 10,000 but a daily working population of 311,000. The City of London is a geographically-small City within Greater London, England. The City as it is known, is the historic core of London from which, along with Westminster, the modern conurbation grew. The City's boundaries have remained constant since the Middle Ages but it is now only a tiny part of Greater London. The City of London is a major financial centre, often referred to as just the City or as the Square Mile, as it is approximately one square mile (2.6 km) in area. London Bridge's history stretches back to the first crossing over Roman Londinium, close to this site and subsequent wooden and stone bridges have helped modern London become a financial success. 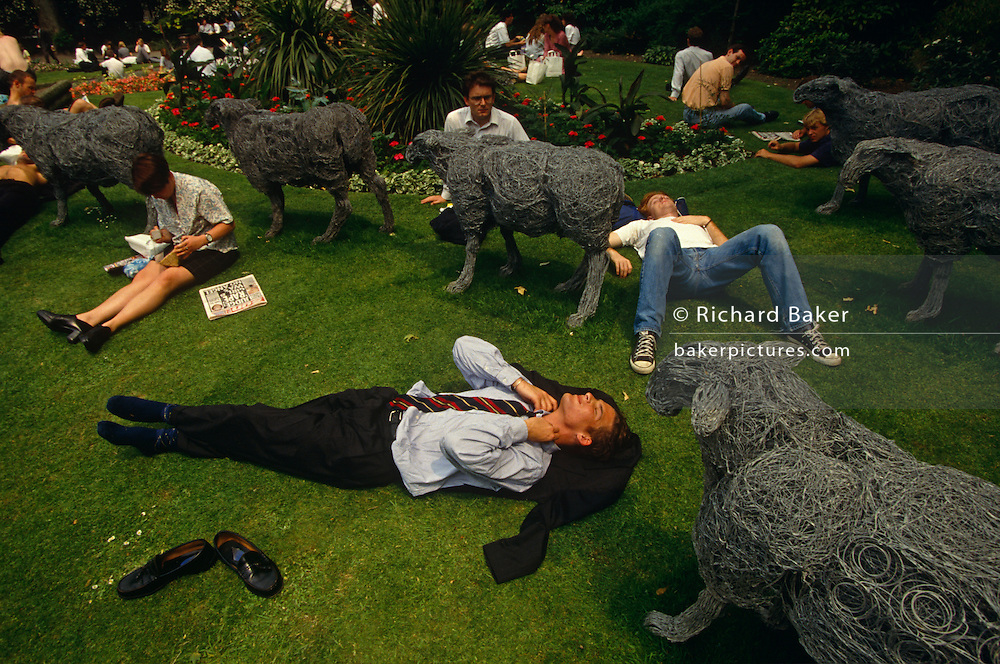