The landscape of fields and farming land including La Haye Sainte farm, the location of the Battle of Waterloo, on 25th March 2017, at Waterloo, Belgium. La Haye Sainte has changed very little since it played a crucial part in the Battle of Waterloo on 18 June 1815.
It was defended by about 400 British and German troops, hopelessly outnumbered by attacking French but held out until the late afternoon when they retired because their ammunition had run out. If Napoleon Bonaparte's army had captured La Haye Sainte earlier in the day, almost certainly he would have broken through the allied centre and defeated the Duke of Wellington's army. The Battle of Waterloo was fought on 18 June 1815. A French army under Napoleon Bonaparte was defeated by two of the armies of the Seventh Coalition: an Anglo-led Allied army under the command of the Duke of Wellington, and a Prussian army under the command of Gebhard Leberecht von Blücher, resulting in 41,000 casualties. 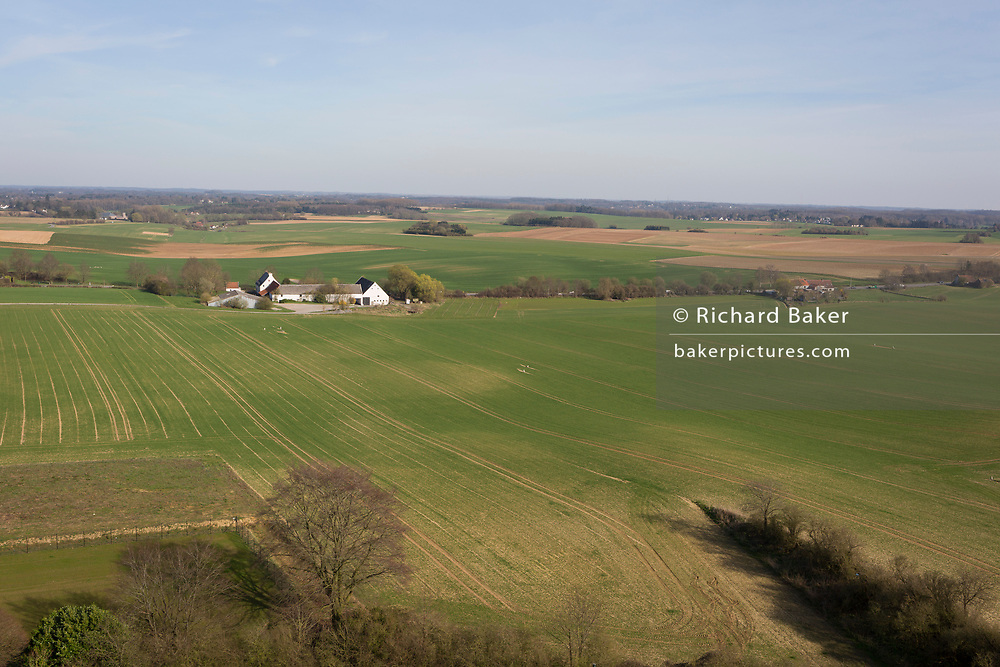