Businessman, Kevin Maxwell (b1959) - second son of media tycoon Robert Maxwell - at a press conference on 6th November 1991 in London England. just after his father's unexplained death from a boat in the Mediterranean. After Robert Maxwell's death in November that year, huge discrepancies in the companies' finances were revealed, including his fraudulent misappropriation of the Mirror Group pension fund. As a result, Kevin became the biggest personal bankrupt in UK history with debts of £406.5 million in 1992. He was later tried and acquitted of fraud arising from his role in his father's companies. 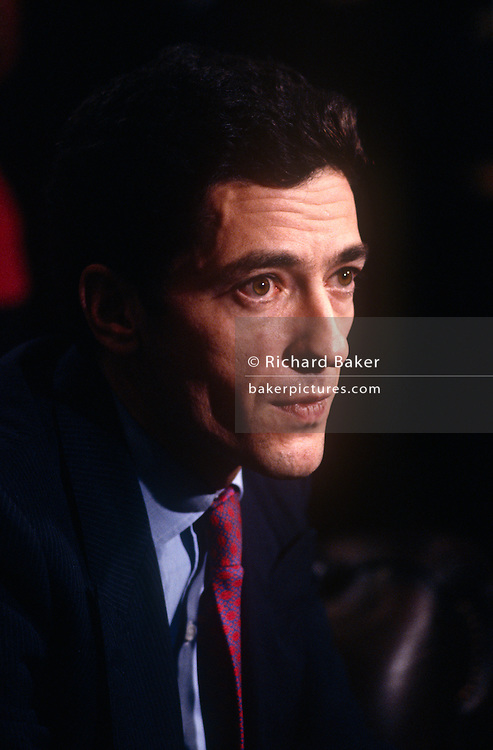