With images of Olympian athletes such as pole vaulter Polish Pawel Wojciechowski, American swimmer Michael Phelps and long Team GB jumper Phillips Idowu, workers push barrows of retail food outside the Olympic Megastore in the Olympic Park during the London 2012 Olympics. This land was transformed to become a 2.5 Sq Km sporting complex, once industrial businesses and now the venue of eight venues including the main arena, Aquatics Centre and Velodrome plus the athletes' Olympic Village. After the Olympics, the park is to be known as Queen Elizabeth Olympic Park. 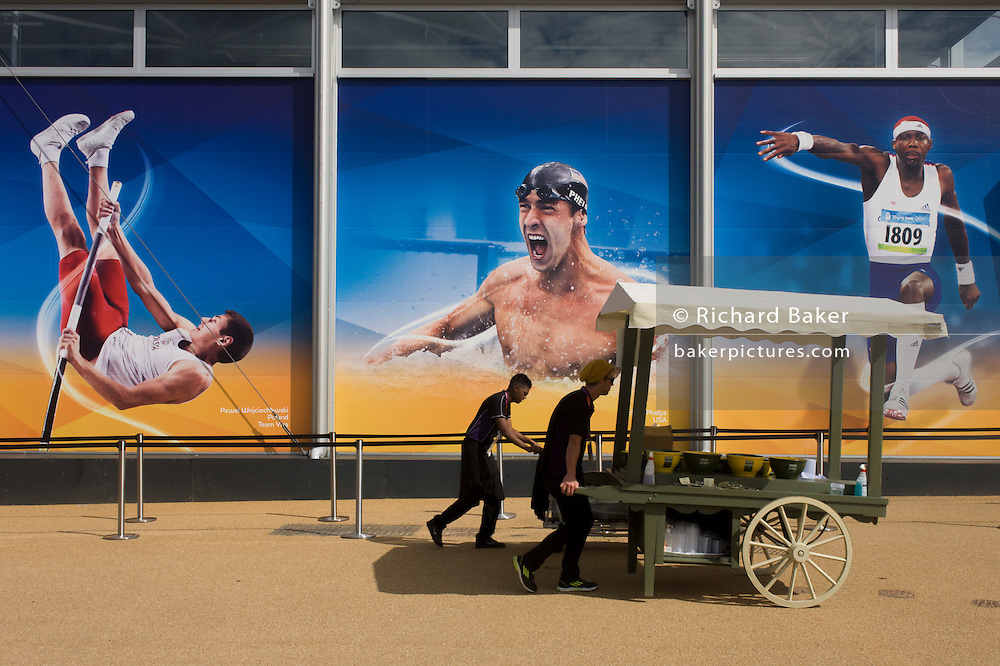