As the controversial Police and Crime bill reaches its final stage in parliament, a protester wearing a Boris Johnson the Omen parody, stands outside the House of Lords where the proposed law is being considered, on 17th January 2022, in Westminster, London, England. Sections of the bill have been condemned by human rights activists as an attack on the right to protest, with campaigners arguing that, without changes, the right to peaceful protest could be curbed by legislation. 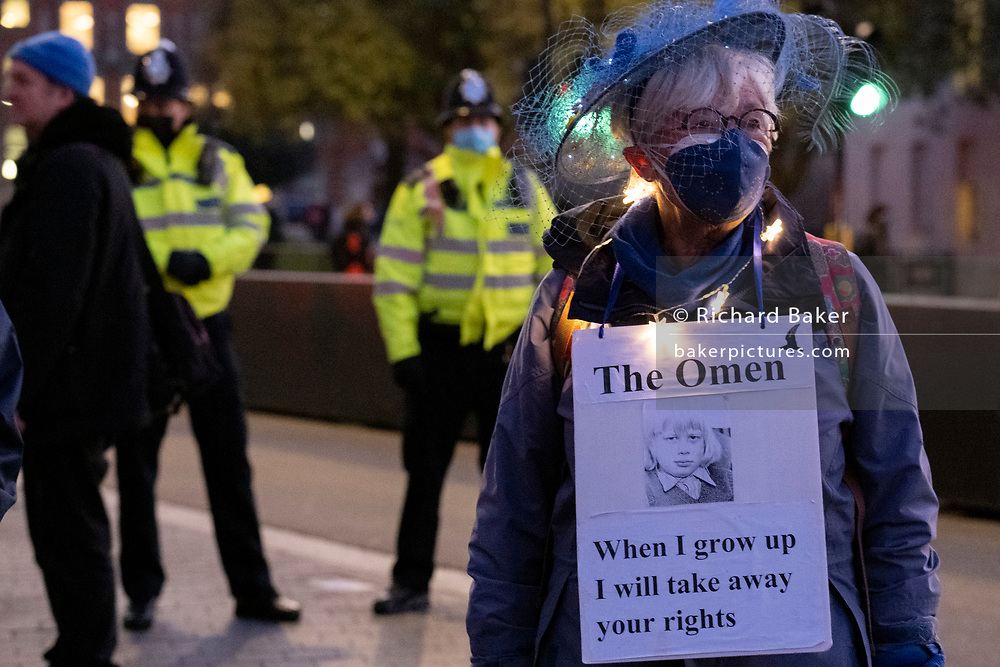