Taking a break from the London Marathon, a young runner dressed as Superman emerges from a Portaloo after a quick toilet stop. Located at the London Fire Brigade's station on Lower Thames Street in City of London in the capital's historic financial district, their empty fire hose snakes across the ground. The young man wears trainers, a red skirt, a Super-hero top with the Superman emblem on his chest and he walks out of the portable convenience adjusting a green frizzy wig. Disgarded mineral water bottles have been thrown on the ground by other passing athletes but this is a theatrical pun, that Superman changes personality, name and powers when leaving a telephone box. Apart from the colour (color) of the toilet, the runner and the hose, the background is drab and overcast. The City of London has a resident population of under 10,000 but a daily working population of 311,000. The City of London is a geographically-small City within Greater London, England. The City as it is known, is the historic core of London from which, along with Westminster, the modern conurbation grew. The City's boundaries have remained constant since the Middle Ages but it is now only a tiny part of Greater London. The City of London is a major financial centre, often referred to as just the City or as the Square Mile, as it is approximately one square mile (2.6 km) in area. London Bridge's history stretches back to the first crossing over Roman Londinium, close to this site and subsequent wooden and stone bridges have helped modern London become a financial success. 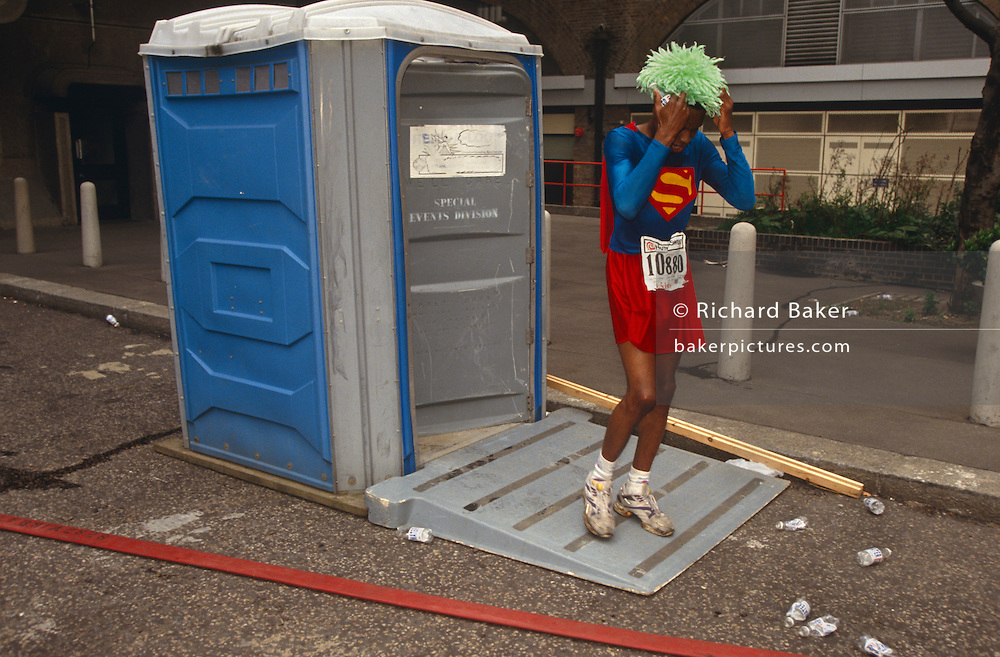