Agnolo de Cosimo Bronzino's exibition posters and QVC Tv channel street promo at Piazza Strozzi..Eleonora di Toledo (1522 - 1562), the daughter of Don Pedro Álvarez de Toledo, the Spanish viceroy of Naples. Her face is still familiar to many because of her solemn and distant portraits by Agnolo Bronzino. She provided the Medici with the Pitti Palace and seven sons to ensure male succession and four daughters to connect the Medici with noble and ruling houses in Italy. She was a patron of the new Jesuit order, and her private chapel in the Palazzo Vecchio was decorated by Bronzino, who had originally arrived in Florence to provide festive decor for her wedding. She died, with her sons Giovanni and Garzia, in 1562, when she was only forty; all three of them were struck down by malaria while traveling to Pisa. 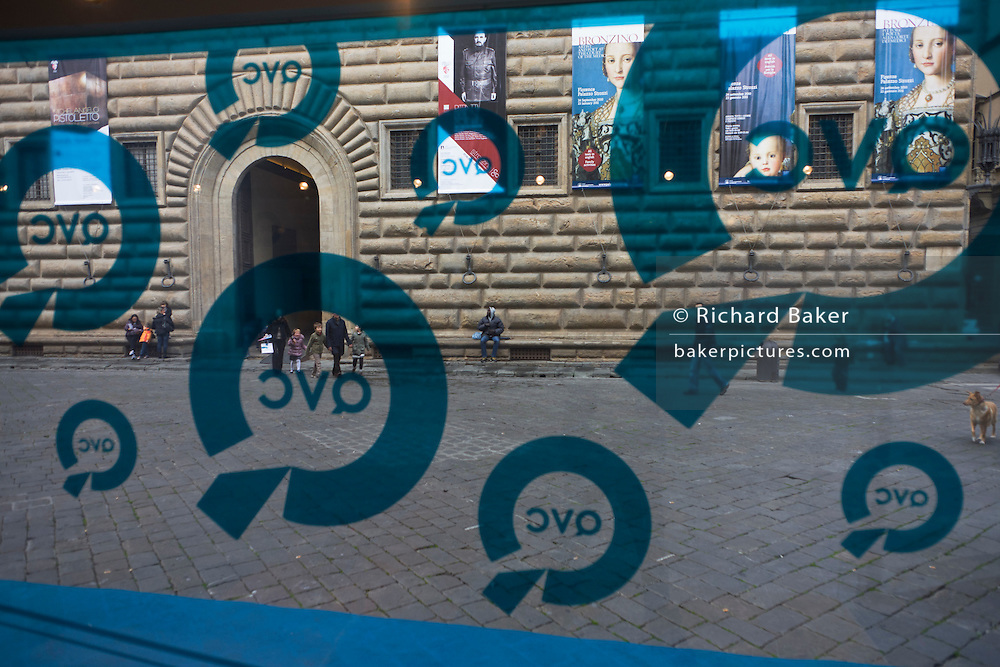