City Of London And Anonymous Figures

Days after Russian President Vladimir Putin recognised the Russian-backed rebel-held areas of Donetsk and Luhansk as independent of Ukraine and the British government announced sanctions against Russian banks and oligarchs, figures are seen with a backdrop of Tower Bridge and the City of London, the capital's financial district, on 23rd February 2022, in London, England. Campaign group 'Transparency International' say an estimated £1.5bn of UK property has been spent with suspect funds from Russia, via the City of London, the UK capital's financial district. 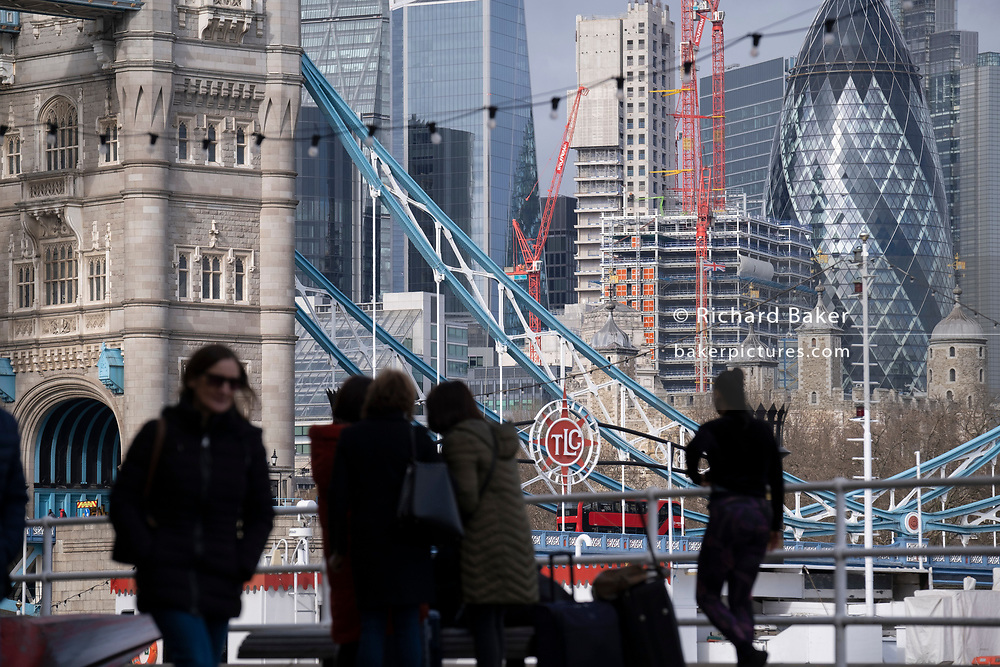