Days after Russian President Vladimir Putin recognised the Russian-backed rebel-held areas of Donetsk and Luhansk as independent of Ukraine, and the British government announced sanctions against Russian banks and the assets of oligarchs, the Russian flag hangs from Russian Federation and Russian investment Bank VTB Capital in front of the statue of British military leader, the Duke of Wellington, on 23rd February 2022, in the City of London, England. Campaign group 'Transparency International' say an estimated £1.5bn of UK property has been spent with suspect funds from Russia, via the City of London, the UK capital's financial district. 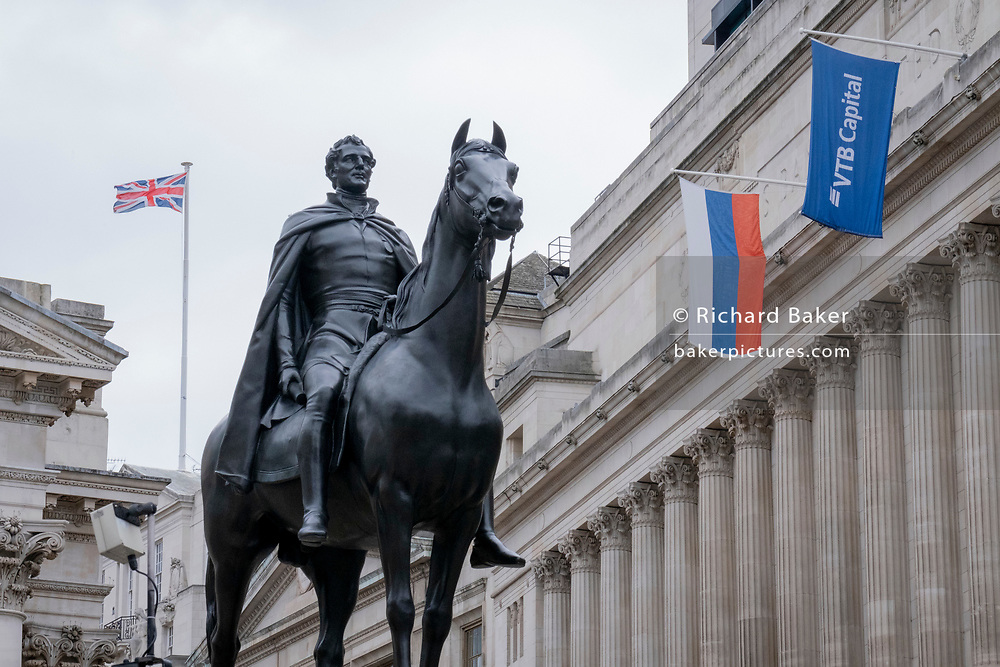