A young reader collects books to borrow in the re-opened Carnegie Library on Herne Hill in south London which has opened its doors for the first time in almost 2 years, on 15th February 2018, in London, England. Closed by Lambeth council and occupied by protesters for 10 days in 2016, the library bequeathed by US philanthropist Andrew Carnegie has been locked ever since because, say Lambeth austerity cuts are necessary. A gym that locals say they don't want or need has been installed in the listed basement and actual library space a fraction as before and it's believed no qualified librarians will be present to administer it. Protesters also believe this community building will ultimately sold off by Lambeth council for luxury homes. 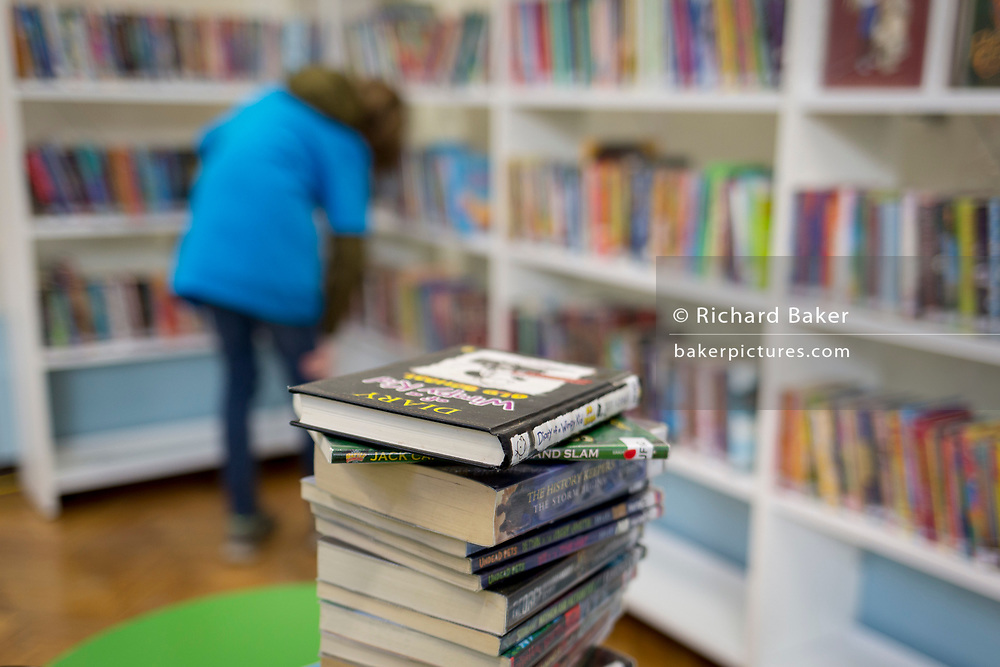