Thousands of British voters march through London to protest against the referendum decision to leave the EU (Brexit) on 2nd July 2016, in London UK. Demonstrators at the "March for Europe" rally, which was organised on social media walked from Park Lane into the heart of the UK government in Westminster to send a message of dissatisfaction in the referendum result. More than 46.5 million people voted in the referendum on 23 June, which resulted in the UK voting by 51.9% to 49.1% to withdraw from the EU. 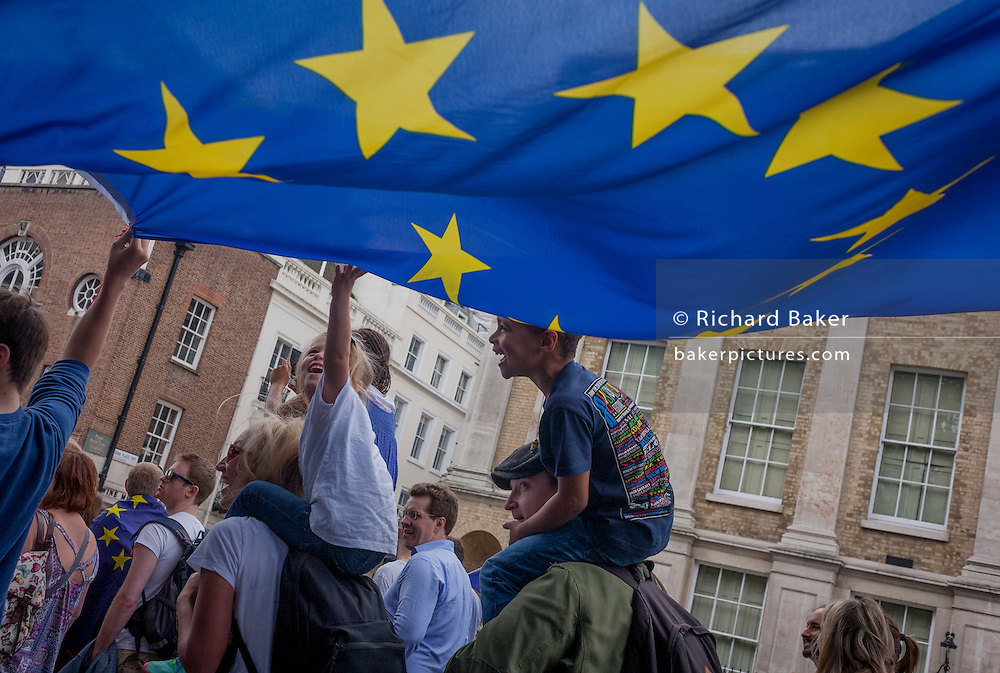