As crowds of royalist well-wishers gather, a spontaneous memorial of flowers, photos and memorabilia grows outside Kensington Palace, the royal residence of Princess Diana who died in a car crash in Paris exactly 20 years ago, on 31st August 2017, in London, England. In 1997 a sea of floral tributes also filled this area of the royal park as well as in the Mall where her funeral passed. Then, as now - a royalists mourned the People's Princess, a titled coined by the then Prime Minister Tony Blair. 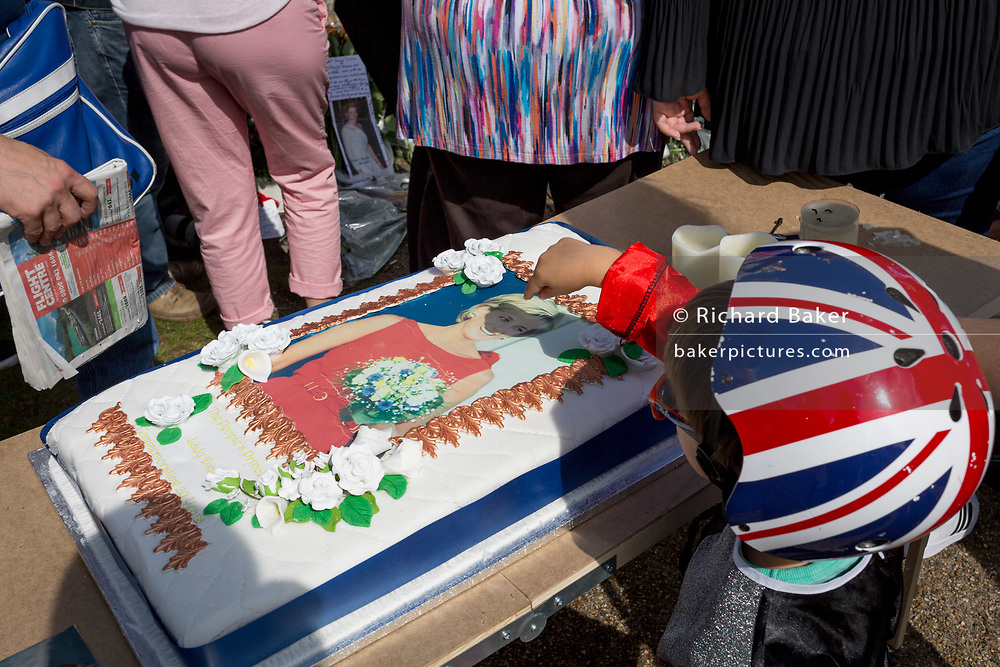