A British Army Gurkha recruit stands to attention during a barracks inspection at the Gurkha Regiment's training centre at Church Crookham, on 16th January 1996, in England UK. Some 60,000 young Nepalese boys aged between 17 - 22 (or 25 for those educated enough to become clerks or communications specialists) report to designated recruiting stations in Nepal's Himalayan foothills each November, most living from altitudes ranging from 4,000 - 12,000 feet. Only 160 are recruited with training continuing at this barracks until joining various units within the army. The Gurkhas training wing in Nepal has been supplying youth for the British army since the Indian Mutiny of 1857. (Photo by Richard Baker / In Pictures via Getty Images) 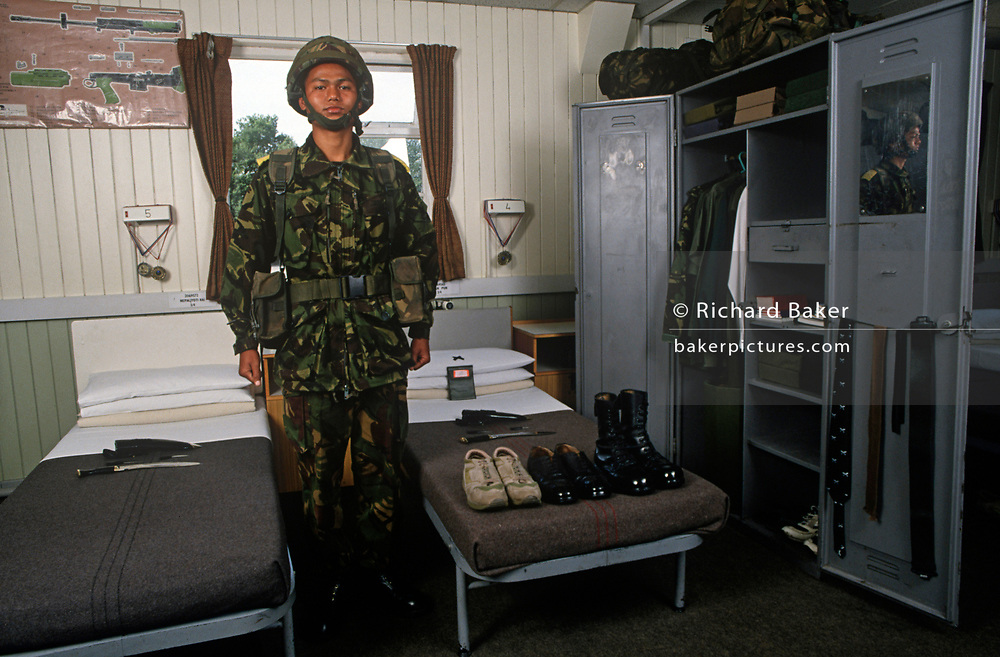