The inflatable balloon called Baby Trump flies above the statue of wartime Brish Prime Minister Winston Churchill and Westminster Abbey in Parliament Square, Westminster, the seat of the UK Parliament, during the US President's visit to the UK, on 13th July 2018, in London, England. Baby Trump is a 20ft high orange blimp depicting the US President as an enraged, smartphone-clutching infant - and given special permission to appear above the capital by London Mayor Sadiq Khan because of its protest rather than artistic nature. It is the brainchild of Graphic designer Matt Bonner. (Photo by Richard Baker / In Pictures via Getty Images) 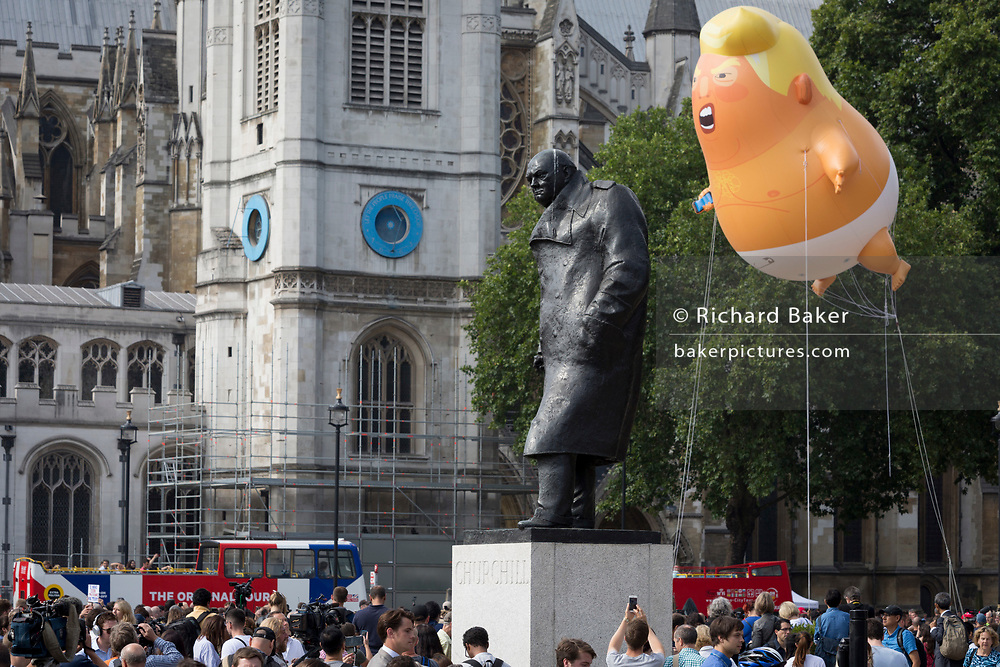