Ending France's Bastille Day parade, the elite 'Red Arrows', Britain's prestigious Royal Air Force aerobatic team, leave a trail of smoke over the pyramid peak of the Louvre art museum in the centre of Paris. Leaving vapour trails of red, white and blue smoke to mark the 100th anniversary of the Anglo-French Entente Cordiale. They were chosen by the French authorities to close the fly-pasts. British armed forces paraded in the historic parade for the first time. Under blue skies on a perfect summer day, the squadron lined up in their classic fly-past 'V-shape' called 'Big Battle', following the straight line of the Champs Elysees then eastwards over the Parisian suburbs. Personnel from four British military units were present and French Air Force jets performed their own fly-past to open the parade, while the British Hawk jets of the Red Arrows had the honour of completing it. . 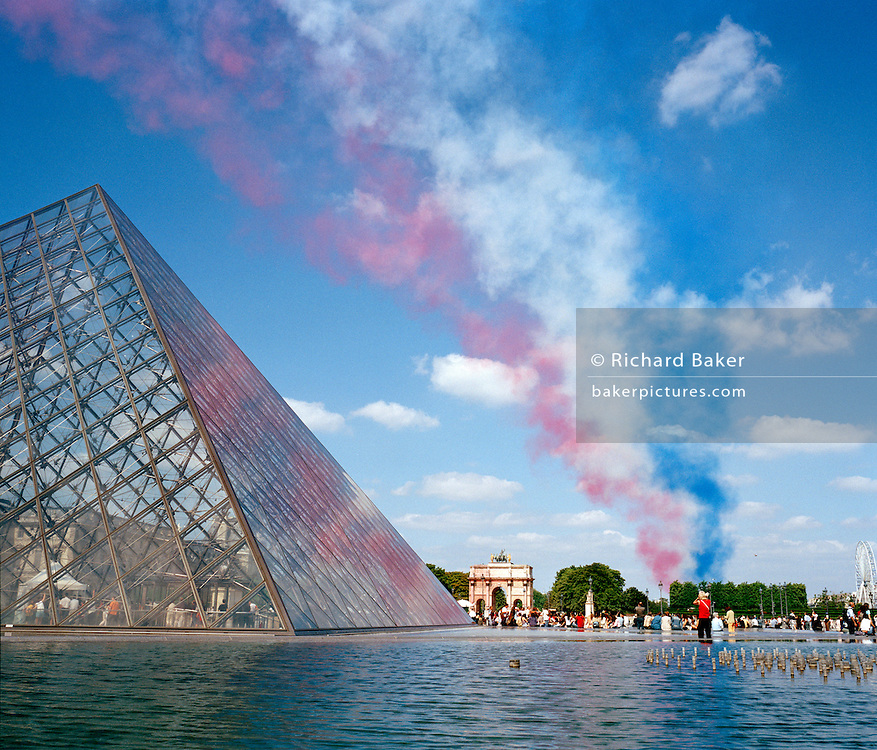