Detail of a shop window selling seaside holiday trinkets including different sizes of Golliwogs, on 14th July 2017, at Scarborough, North Yorkshire, England. The golliwog is a black fictional character from the late 19th century depicting a rag doll. It was reproduced by commercial and hobby toy-makers as a children's toy and had great popularity in the UK and Australia into the 1970s. The doll has black skin, eyes rimmed in white, clown lips and frizzy hair and was seen, along with the teddy bear, as a suitable soft toy for a young boy. The image of the doll has become the subject of controversy as the Golliwog has been seen as a depiction of black people, accused along with pickaninnies, minstrels, mammy figures, and other caricatures as being racist. The golliwog has been described as "the least known of the major anti-Black caricatures in the United States. 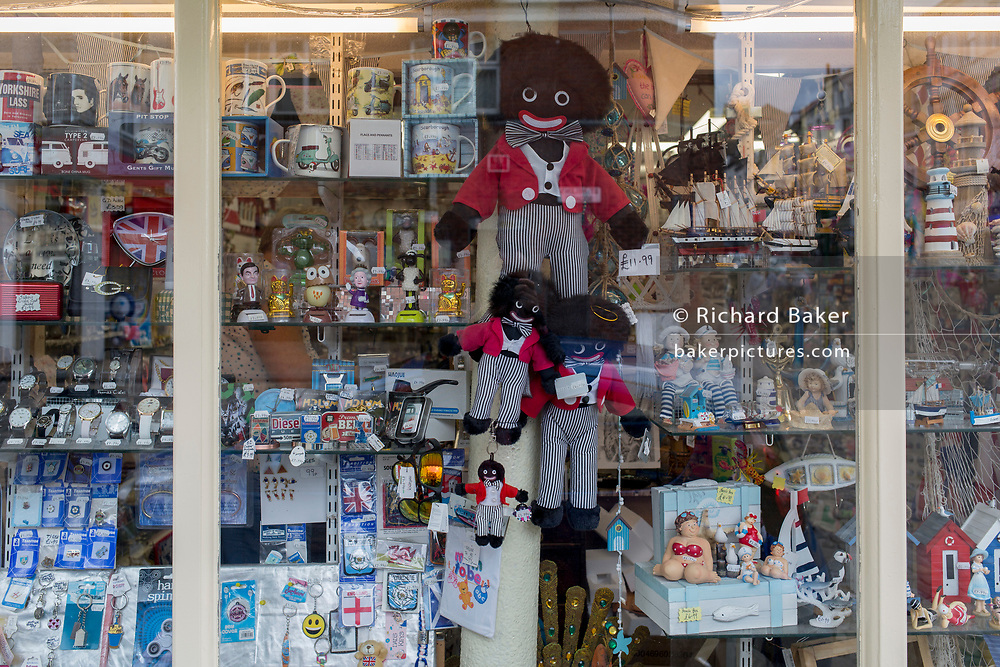