Seen from Miradouro de de Santa Luzia, the 'Independence of the Seas' cruise liner dominates the medieval/Moorish district rooftops of Alfama, on 13th July 2016, in Lisbon, Portugal. Pollution from such huge ships is a toxic problem that is growing as the cruise industry and its ships get ever bigger, docking close to communities with narrow streets such as Lisbon. MS Independence of the Seas is a Freedom-class cruise ship operated by the Royal Caribbean cruise line which entered service in April 2008. The 15-deck ship can accommodate 4,370 passengers and is served by 1,360 crew. (Photo by Richard Baker / In Pictures via Getty Images) 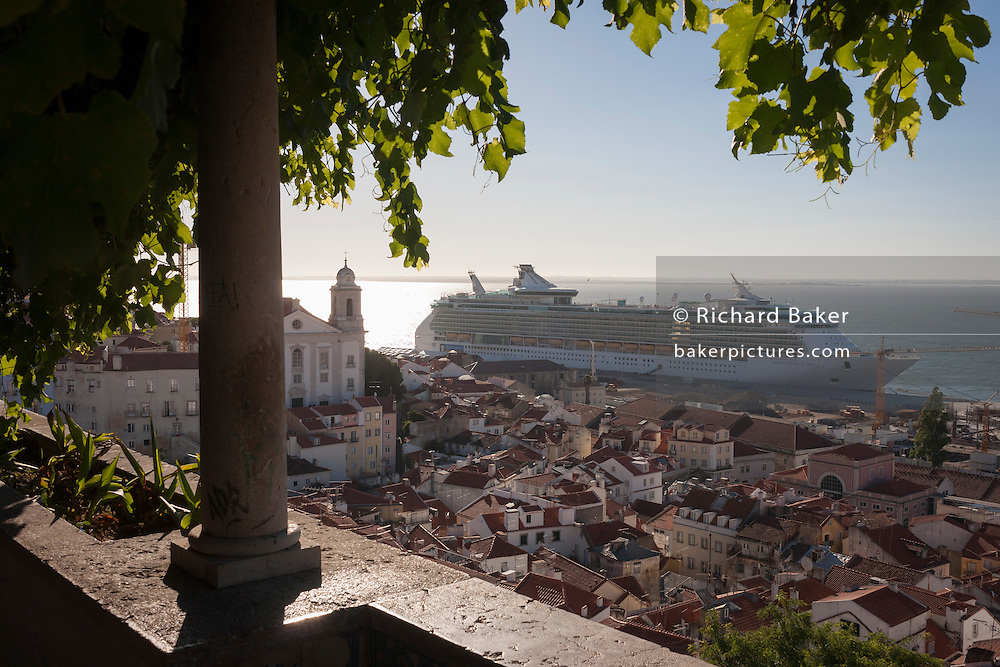