The flag of the City of London hangs in sunlight over gentlemen in the City of London, England UK. Four young man walk along this narrow lane, passing below the flag that represents the capital's financial district also called the Square Mile, the oldest quarter of London, founded by the Romans in AD43. The flag of the City of London is based on the flag of England, having a centred red St George's Cross on a white background, with the red sword in the upper hoist canton (the top left quarter). The City is only a tiny part of the metropolis of Greater London, though it remains a notable part of central London. It holds city status in its own right and is also a separate ceremonial county. 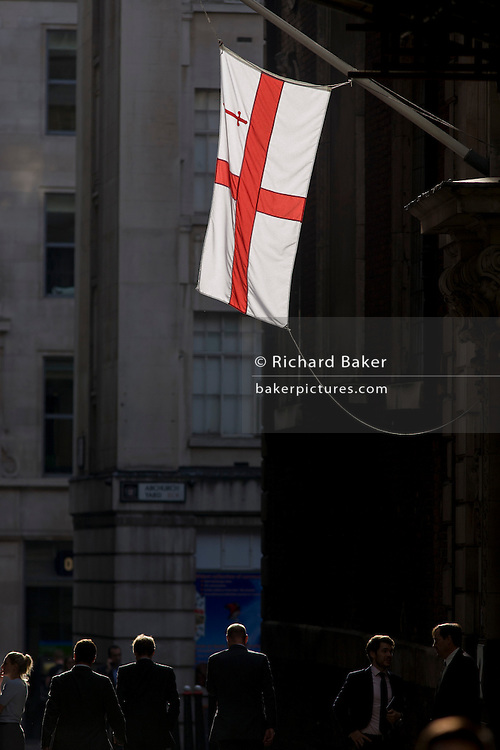