Touring bullfighting Lusitanos horses await unloading from their horsebox before being ridden in the ring by Cavaleiros riders at the evening's 'Corrida de Touros', on 15th July 2016, at Caldas da Rainha, Portugal. Cavaleiros are horseman or woman (rider), dressed in traditional 18th century costumes, fighting the bull from horseback. The horses are Portuguese Lusitanos, specially trained for the fights. These horses are usually skilled in dressage and may exhibit their art in the arena. The purpose of this fight is to stab three or four bandarilhas (small javelins) in the back of the bull. In the past, horseback bullfighters were often members of old aristocratic families. In the Portuguese version, unlike Spanish bullfights, the bull is not killed. (Photo by Richard Baker / In Pictures via Getty Images) 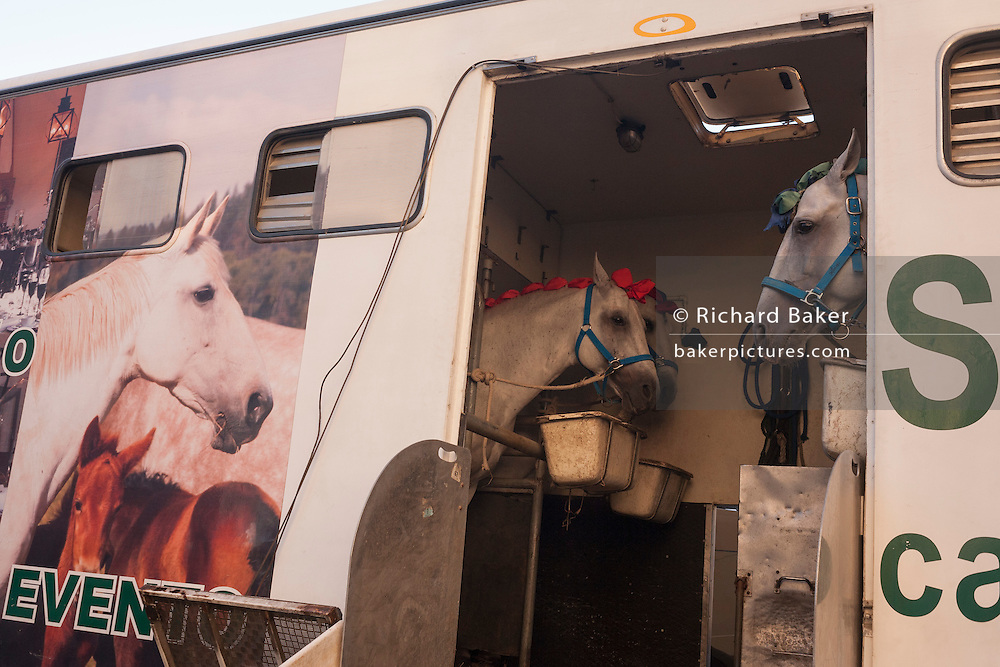