Interested potential buyer browses a Mini car dealership in London's Park Lane. The Mini is a small car that was made by the British Motor Corporation (BMC) and its successors from 1959 until 2000. The original is considered a British icon of the 1960s and its space-saving front-wheel-drive layout (which allowed 80% of the area of the car's floorpan to be used for passengers and luggage) influenced a generation of car-makers.[The vehicle is in some ways considered the British equivalent to its German contemporary, the Volkswagen Beetle, which enjoyed similar popularity in North America. In 1999 the Mini was voted the second most influential car of the 20th Century, behind the Ford Model T. .. 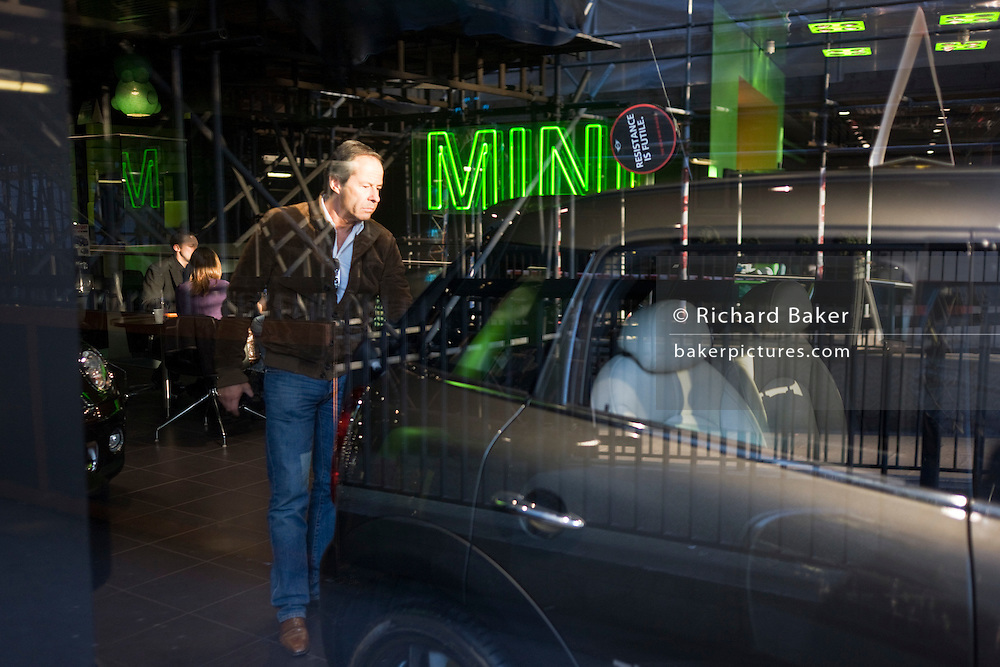