The capital's landmark, Horseguards is seen through railings in St. James's Park, on 21st March 2017, in London, England. Horse Guards is a large Grade I listed historical building in the Palladian style in London between Whitehall and Horse Guards Parade. The first Horse Guards building was built on the site of the former tiltyard of Westminster Palace during 1664. It was demolished during 1749 and was replaced by the current building which was built between 1750 and 1753 by John Vardy after the death of original architect William Kent during 1748. 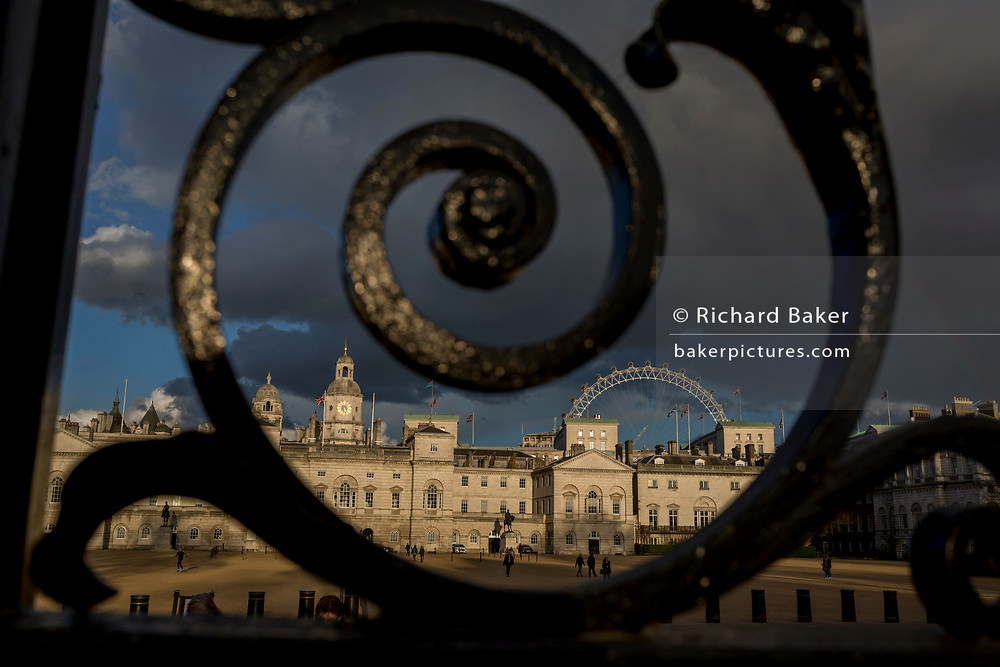