Soon to arrive in the English port of Portsmouth from Cherbourg, the first of its routes, we see the SeaCat leaving its watery wake in the English Channel. Hoverspeed Great Britain is a 74 metre long, ocean-going catamaran built in 1990 by Incat for the UK company Hoverspeed. It is powered by four 20RK270 marine engines with a 7080 kW at 100% Maximum Continuous Rating (MCR). The engines were built at the Newton-le-Willows site which at the time was part of the Alstom group. Since then it has been bought by MAN B&W Germany and the site was closed and production transferred to nearby Mirrlees Blackstone site. Hoverspeed, formed in 1981 by the merger of Seaspeed and Hoverlloyd, was a ferry and hovercraft company that operated on the English Channel from 1981 until 2005. 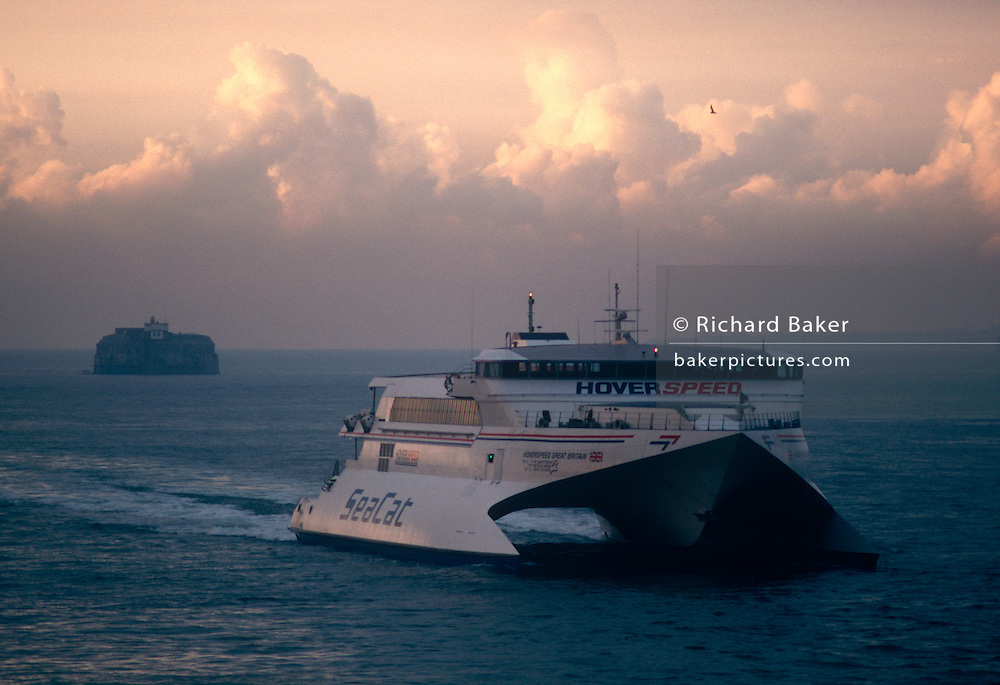