Team GB men's lightweight four rowers interviewed on large TV screen during the London 2012 Olympics. Juxtaposed with two dispensing workers of expensive beer, one of the British silver medallist rowers from the rowers seems to have a thirst for alcohol after a tight finish and spectators pass by. This land was transformed to become a 2.5 Sq Km sporting complex, once industrial businesses and now the venue of eight venues including the main arena, Aquatics Centre and Velodrome plus the athletes' Olympic Village. After the Olympics, the park is to be known as Queen Elizabeth Olympic Park. 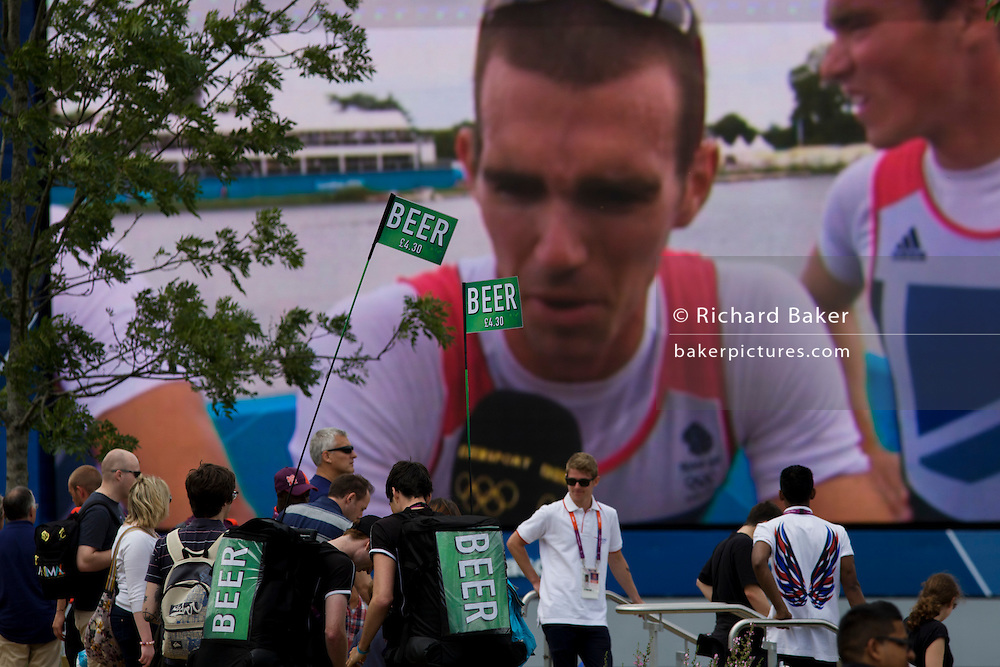