The graves of Irish Republican hunger strikers in Milltown Cemetery, Belfast. Their roll-call of names are on stones laid o the ground including that of Bobby Sands, the elected MP. The five-year protest during The Troubles began as the blanket protest in 1976, when the British government withdrew Special Category Status for convicted paramilitary prisoners. In 1978, after a number of attacks on prisoners leaving their cells to "slop out", the dispute escalated into the dirty protest, where prisoners refused to leave their cells to wash and covered the walls of their cells with excrement. The second hunger strike took place in 1981 and was a showdown between the prisoners and the Prime Minister, Margaret Thatcher. The strike was called off after ten prisoners had starved themselves to death?including Sands, whose funeral was attended by 100,000 people, 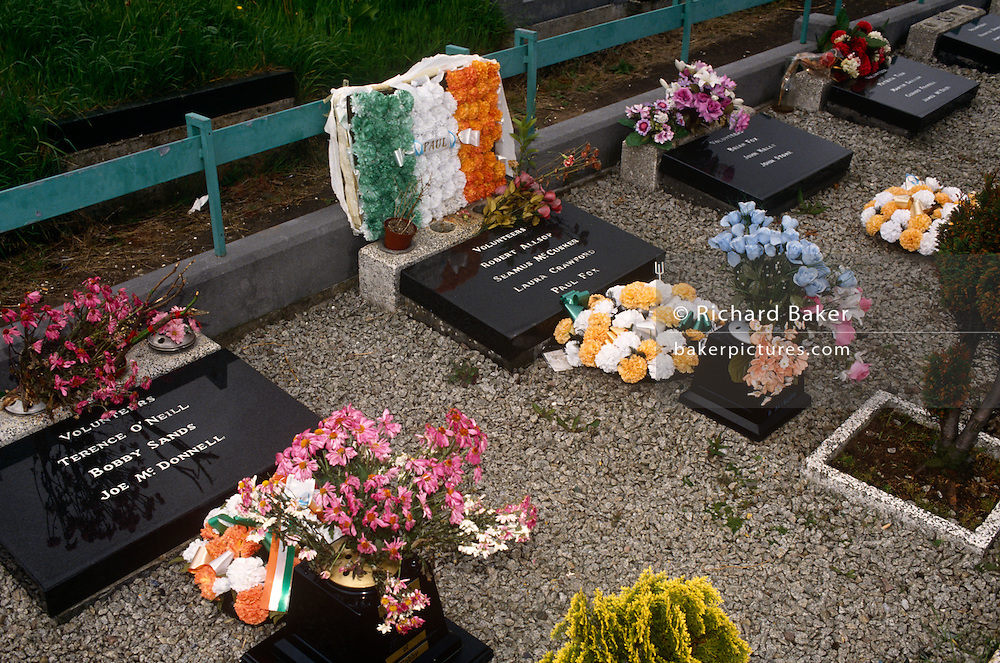