A Games Maker volunteer offers a high-five to a young spectator arriving with her family for the London 2012 Olympics. Situated on the fringe of the Olympic park, Westfield is Europe's largest urban shopping centre. This land was transformed to become a 2.5 Sq Km sporting complex, once industrial businesses and now the venue of eight venues including the main arena, Aquatics Centre and Velodrome plus the athletes' Olympic Village. After the Olympics, the park is to be known as Queen Elizabeth Olympic Park. 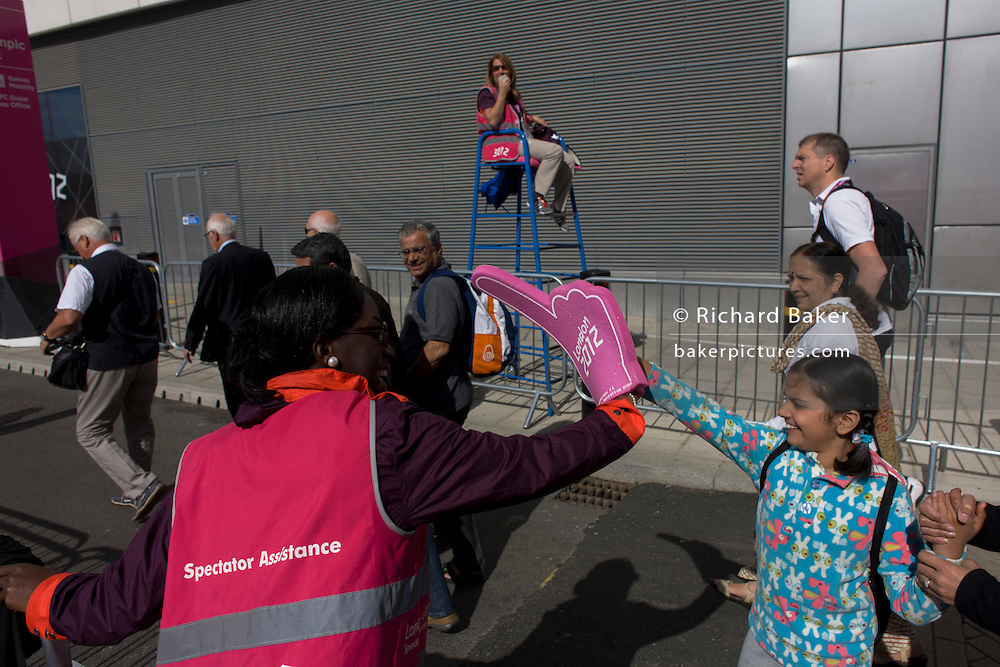