A boy spreads his hands and fingers out on a Gatwick South Terminal window. Outside is the nose of an American Northwest Airlines DC-10 with its third engine mounted high on the rear fuselage) that is parked at a satellite gate at London Gatwick airport. The boy is a silhouette against subdued light and the aircraft's nose resembles a shark's face that is menacingly close to the young child. Such is the flattening of perspective by a telephoto lens, the aircraft looks much closer than in reality. Gatwick airport, as well as Heathrow, Stansted, Aberdeen, Edinburgh, Glasgow and Southampton in the UK, is owned and administered by BAA, the British Airport Authority. 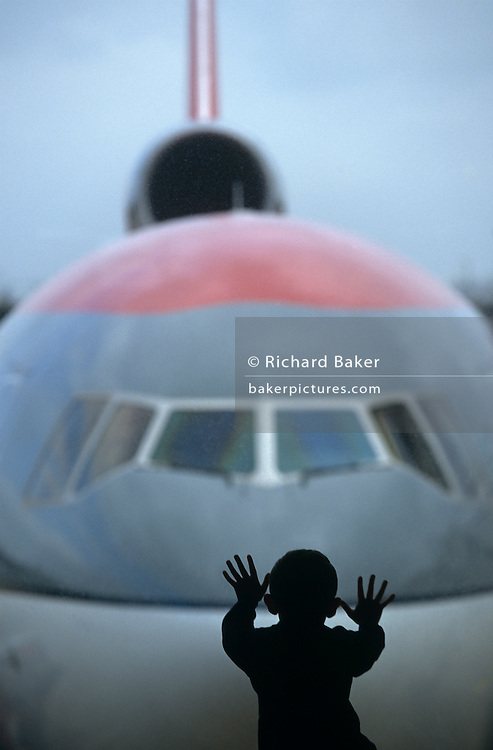