Now an overgrown, mildew-ridden farm shack in woodland in Seething, Norfolk England, this wall mural was once one of the barracks housing 3,000 young World War 2 bomber crews so was probably painted by a young aspiring artist and aviator with the 448th Bomb Group, a fleet of bombers based in England from November 1943 to July 1945. The picture depicts a confrontation between US Air Force B-24 Liberators, a P-51 Mustang and probably a German Dornier. There are hairline cracks in the plaster but the yellow hue of the hand-painted wall is largely intact despite damp conditions in the shed. There are however, other artistic details now faded. Picture from the 'Plane Pictures' project, a celebration of aviation aesthetics and flying culture, 100 years after the Wright brothers first 12 seconds/120 feet powered flight at Kitty Hawk,1903. 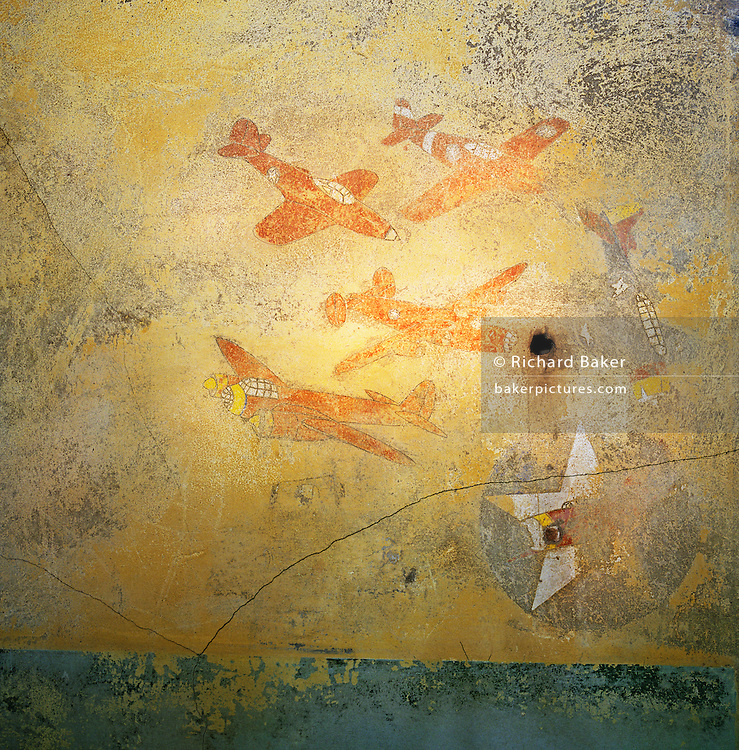