Spectator's bike locked up on a picket fence next to sign asking bicycles to be stored nearby at the local station on the first day of competition of the London 2012 Olympic 250km mens' road race. Starting from central London and passing the capital's famous landmarks before heading out into rural England to the gruelling Box Hill in the county of Surrey. Local southwest Londoners lined the route hoping for British favourite Mark Cavendish to win Team GB first medal but were eventually disappointed when Kazakhstan's Alexandre Vinokourov eventually won gold. 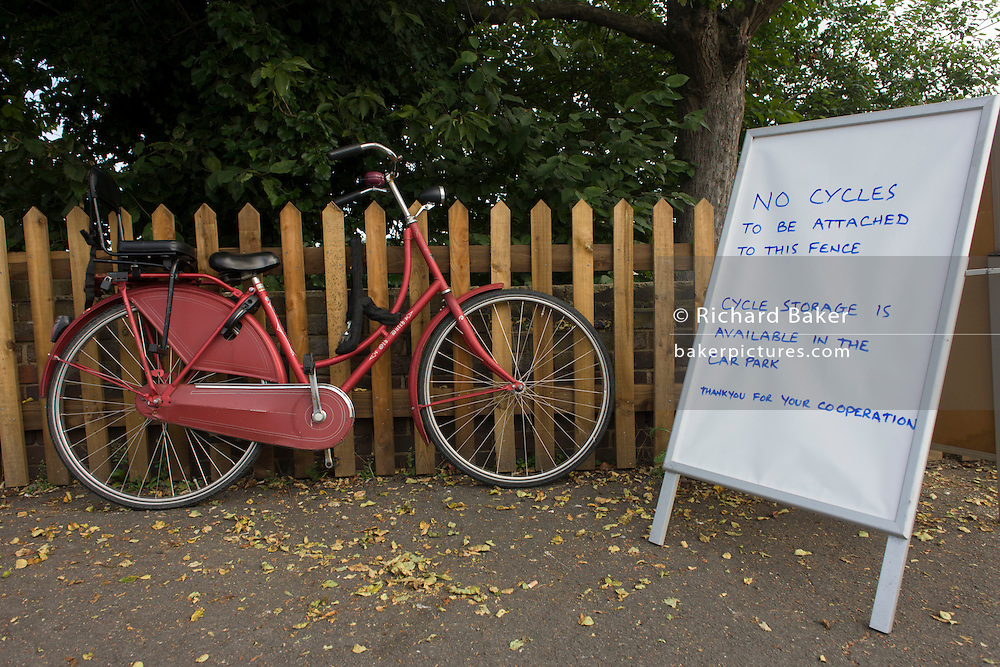