Portrait of a young couple while on holiday in Gouda, the Netherlands in the 1970s. Standing on the street's cobbles, the married couple smile in the Dutch city in front of the 15th century Gothic City Hall. Gouda population 70,828 in 2009) is a city and municipality in the western Netherlands, in the province of South Holland. Gouda, which was granted city rights in 1272, is famous for its Gouda cheese, smoking pipes, and 15th-century city hall. 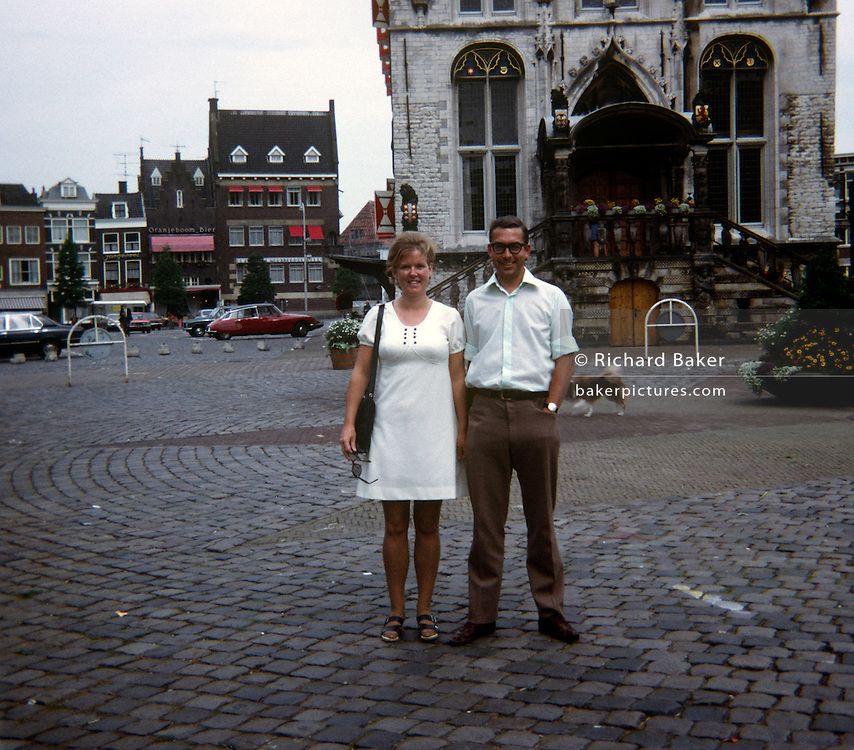