The statue of poet John Betjeman by Martin Jennings looks up to the new artwork entitled 'I Want My Time With You' by British (Britpop) artist Tracy Emin which hangs over the main concourse at St. Pancras Station, on 10th April 2018, in London, England. In the sixth year of the Terrace Wires Commission - and in celebration of the 150th anniversary of St Pancras International and the 250th anniversary of the Royal Academy of Arts, at one of London's mainline station, the London hub for Eurostar - the 20 metre-long greeting to commuters reads 'I Want My Time With You' and Emin thinks that arriving by train and being met by a lover as they put their arms around them, is very romantic." The Brexit-opposing artist also said she wanted to make "a statement that reaches out to everybody from Europe arriving in to London". 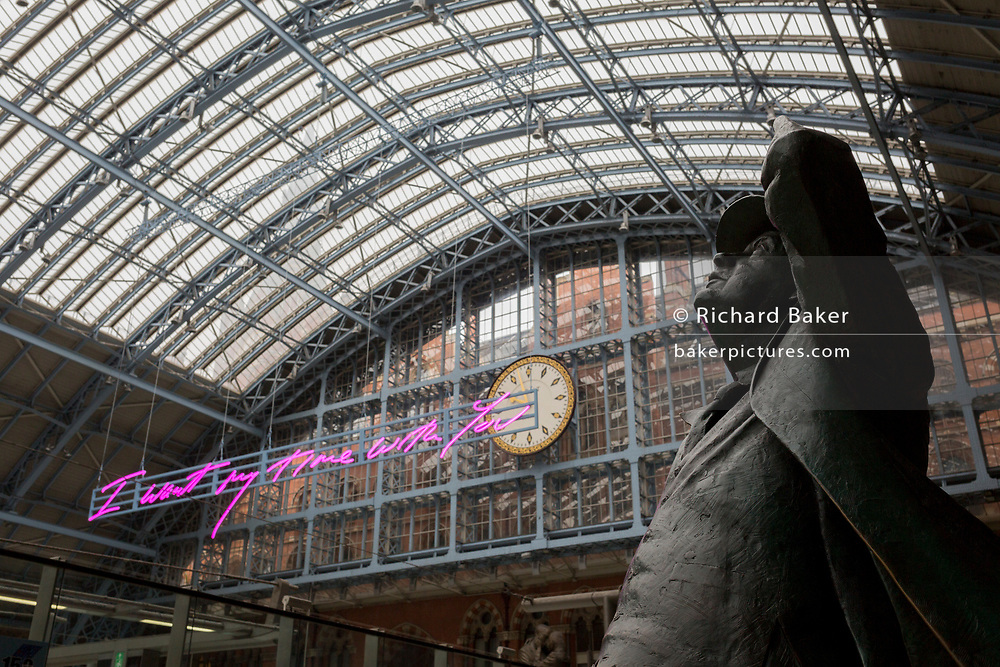