Two of the esteemed veteran photojournalists from the era of the weekly Picture Post magazine, Grace Robertson and Thurston Hopkins are is seen at the front gate of their home in East Sussex. Robertson was born in 1930 and Hopkins in 1913 and both worked under editor (Sir) Tom Hopkinson on the prominent photojournalistic magazine published in the United Kingdom from 1938 to 1957. It is considered a pioneering example of photojournalism and was an immediate success, selling 1,600,000 copies a week after only six months. It has been called the Life magazine of the United Kingdom.. 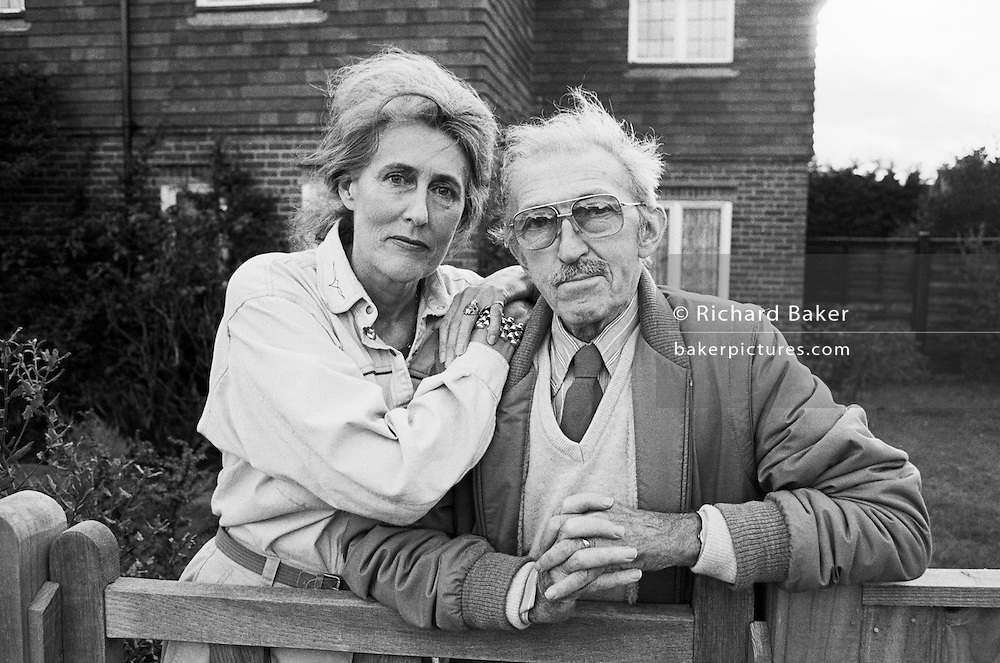