An aerial view of central Macau, looking down on high-rise apartments and poorer housing in this ex-Portuguese colony. ..Macau is now administered by China as a Special Economic Region (SER). Taken from a tall apartment block that overloooks the Rua do Almirant e Costa Cabral, we can view the tightly-packed cities of one of the most densely-populated connurbations in the world, this area is a packed warren of houses, businesses and tower blocks, home to a population of mainland 95% Chinese, primarily Cantonese, Fujianese as well as some Hakka, Shanghainese and overseas Chinese immigrants from Southeast Asia and elsewhere. The remainder are of Portuguese or mixed Chinese-Portuguese ancestry, the so-called Macanese, as well as several thousand Filipino and Thai nationals. The official languages are Portuguese and Chinese. The Macau Special Administrative Region, more commonly known as Macau or Macao is one of the two special administrative regions (SARs) of the People's Republic of China (PRC), along with Hong Kong. Administered by Portugal until 1999, it was the oldest European colony in China, dating back to the 16th century. The administrative power over Macau was transferred to the People's Republic of China (PRC) in 1999, 2 years after Hong Kong's own handover. Macao's gambling revenue in 2006 weighed in at a massive £3.6bn - about £100m more than Las Vegas. 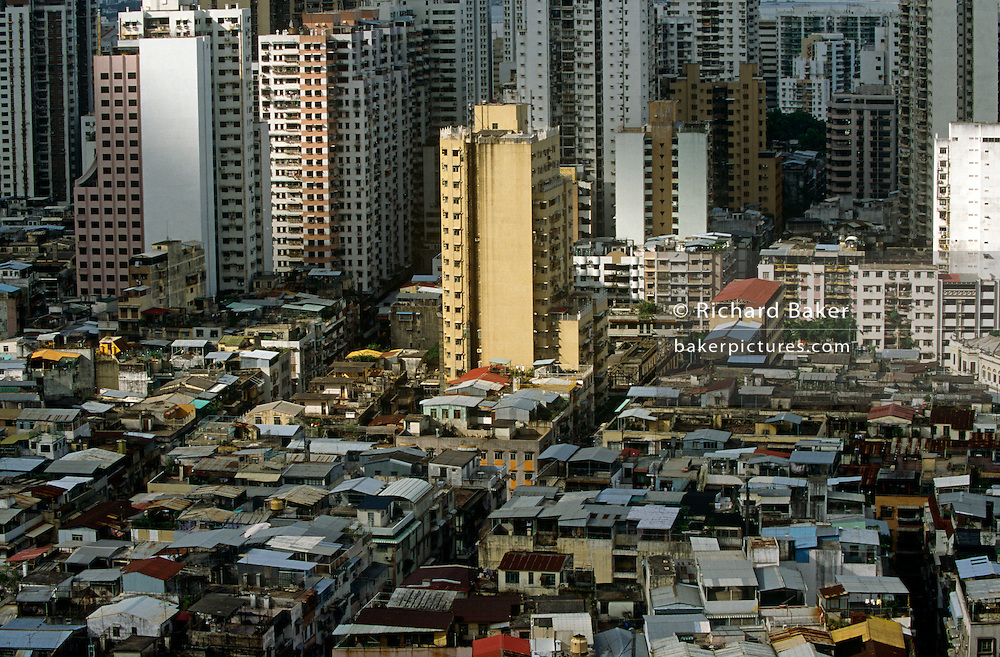