Meeting furniture in the preserved office of former Minister in charge of GDR secret police chief, Erich Mielke - an exhibit in 'Haus 1' the ministerial headquarters of the Stasi secret police in Communist East Germany, the GDR. Built in 1960, the complex now known as the Stasi Museum. Before the fall of the Wall, it was a 22-hectare complex of espionage whose centrepiece is the office and working quarters of the former Minister of State Security, Mielke who considered their role as the 'shield and sword of the party', conducting one of the world's most efficient spying operations against its political dissenters during its 40-year old socialist history. After the fall of the socialist state, Mielke was sentenced to 6 years in prison and died in 2000, aged 92. During Hitler's Third Reich, the Gestapo had one agent for every 2,000 citizens whereas the Stasi had approximately an spy for every 6.5. Here at the Stasi HQ alone 15,000 were employed plus the many regional stations. German media called East Germany 'the most perfected surveillance state of all time' - administered from this complex of offices. 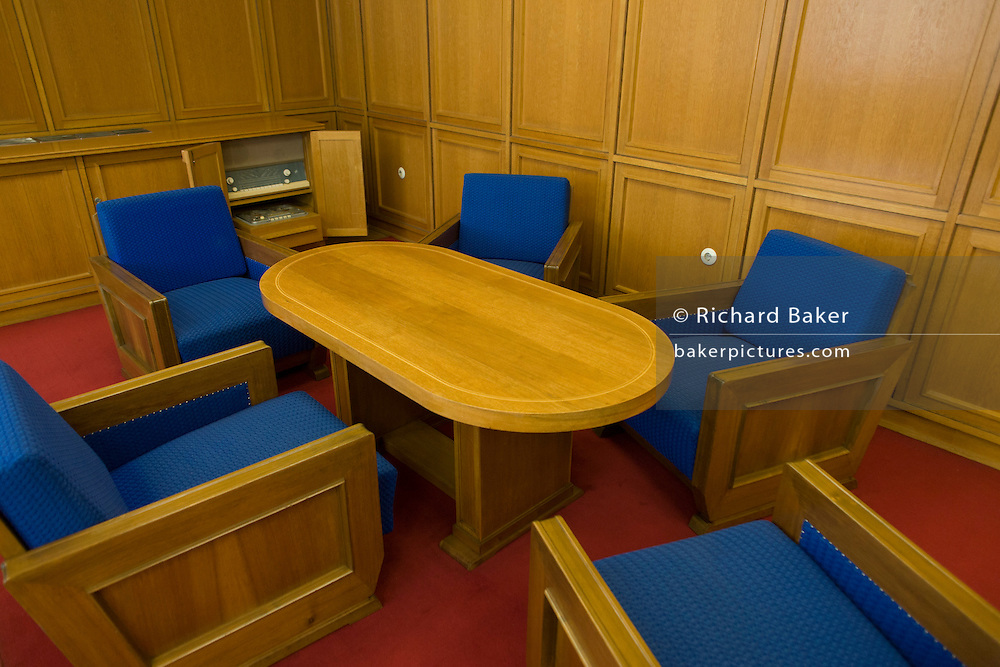