Park users feed the very common green Parakeets by hand, in Kensington Park, on 2nd April 2021, in London, England. According to the RSPB, the ring-necked, or rose-ringed, parakeet is the UK's most abundant naturalised parrot. It became established in the wild in the 1970s after captive birds escaped or were released. It is a well-known resident of the greater London area, roosting communally in large flocks. The population has been increasing steadily, though it remains concentrated in south-east England. The ring-necked parakeet's native range is a broad belt of arid tropical countryside stretching from west Africa across lowland India south of the Himalayas, where it is a common bird. 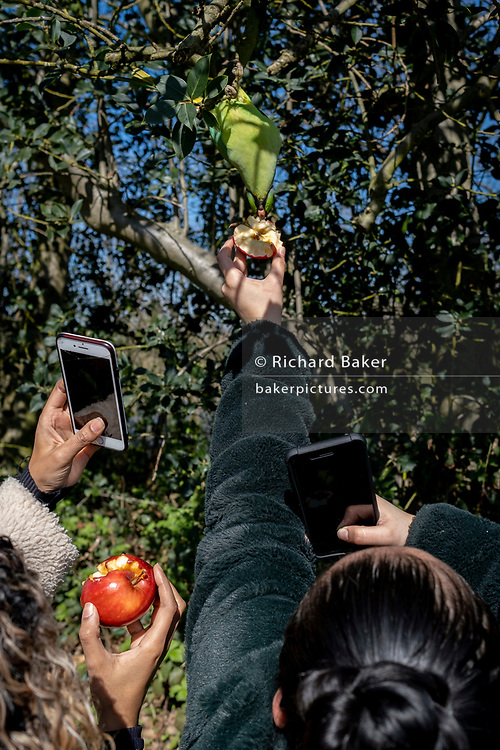