Books line the shelves in the Lee Library of the British Academy, on 17th September 2017, at 10-12 Carlton House Terrace, in London, England. The British Academy was proposed in 1899 for the promotion of Historical, Philosophical and Philological studies library is now used for study and research (and even for licensed marriage ceremonies). It moved to 10-12 Carlton House Terrace in 1998 but the address was built during the late 1820s and early 1830s on land previously occupied by Carlton House, the residence of the Prince Regent, who became George IV. The neoclassical terrace was conceived by architect John Nash. 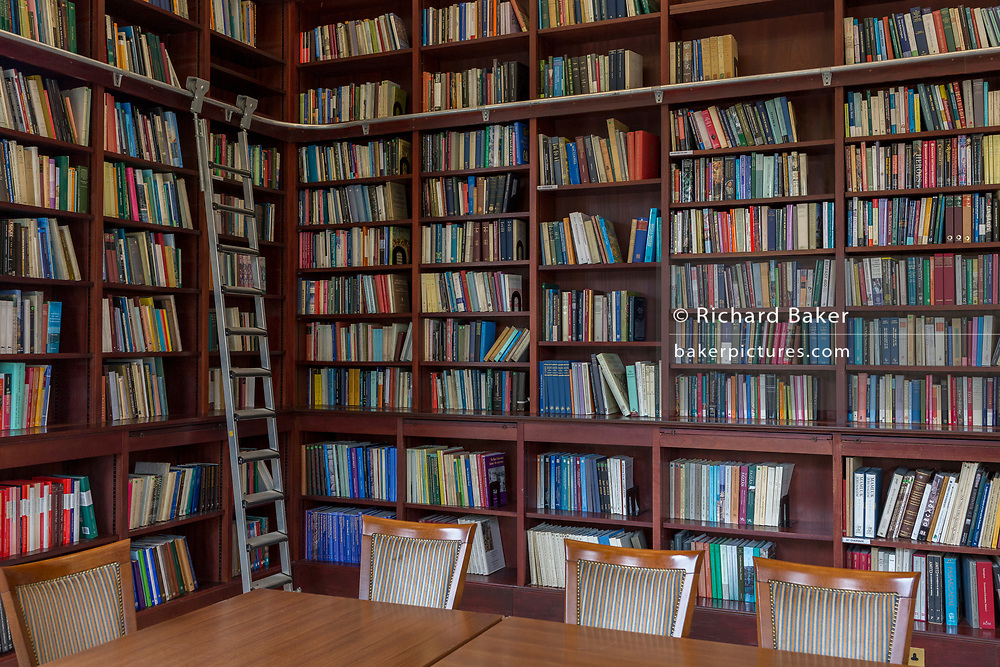