City workers look through corrugates sheeting at damage caused by the IRA Bishopsgate bomb in the City of London. ..Two days after the Irish Republican Army (IRA) exploded a truck bomb on Bishopsgate, a main arterial road that travels north-south through London's financial area, City of London two on-lookers stop to crane their necks upwards to view the damage to the tall HSBC building. With both their hands up to shield the sun from their faces, the men stand aghast at the amount of devastation to their working landscape. It was said that Roman remains could be viewed at the bottom of the pit the bomb created. One person was killed when the one ton fertiliser bomb detonated directly outside the medieval St Ethelburga's church. Buildings up to 500 metres away were damaged, with one and a half million square feet (140,000 m) of office space being affected and over 500 tonnes of glass broken. repair costs reached approx £350 million. 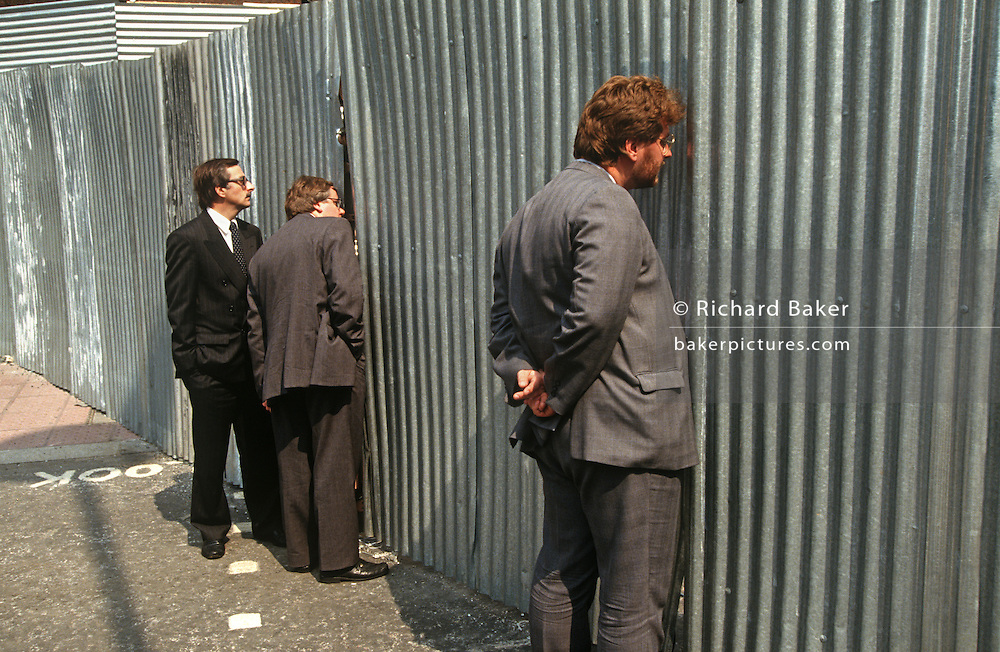