A Nepali family consisting of parents and young children are viewed outside their home in the central region of the Himalayan mountain kingdom. 8 children and 3 adults are near a dry stone wall in a foothill dwelling near the town of Gorkha where the British army traditionally find young men for the Gurkha regiment (as thay have done since 1857). The family are wearing clean clothes with bright colours and appear healthy despite this country - and especially for those living at altitude - being one of the world's poorest. The prospects for these children may mean they will in future try to seek work in the cities like Kathmandu rather than face a lifetime's struggle in local agriculture. Their supplies and contact with the outside world comes up from tracks of boulders and stone along which either men or yaks carry up food for basic survival and luxury goods. 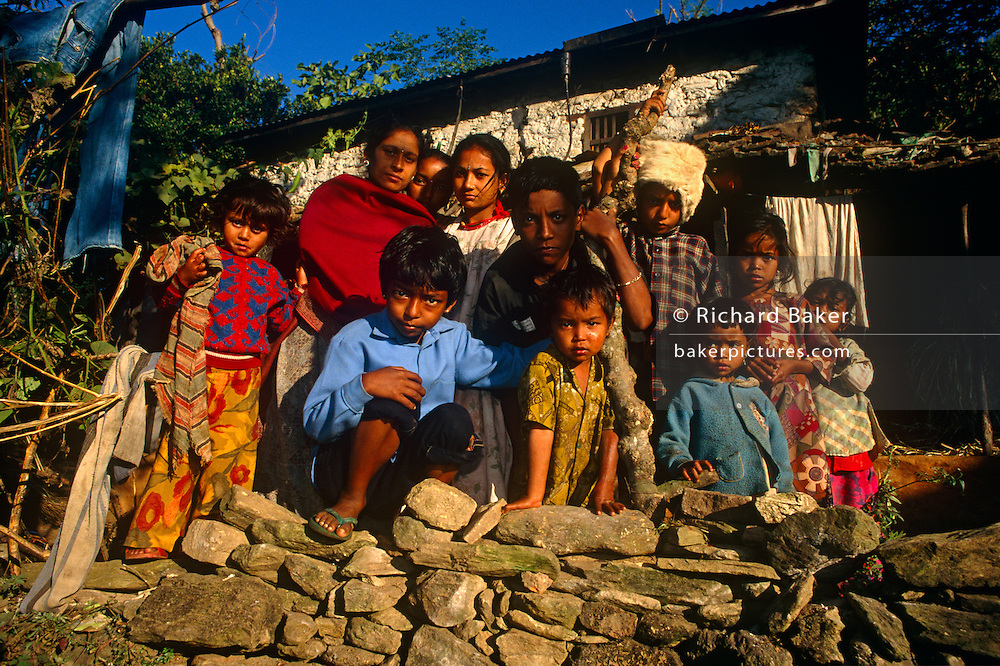