The giant presence of Team GB role-model athlete heroes on the side of the their HQ at the Westfield City shopping complex, Stratford that leads to the Olympic Park during the London 2012 Olympics, the 30th Olympiad. The ads are for Visa and for sports footwear brand Adidas and their 'Take the Stage' campaign including diver Tom Daley, gymnast Louis Smith and the darling of British athletics, heptathlete gold medallist Jessica Ennis. Situated on the fringe of the 2012 Olympic park, Westfield is Europe's largest urban shopping centre providing the main access to the Olympic park with a central 'street' giving 75% of Olympic visitors access to the main stadium so retail space.. 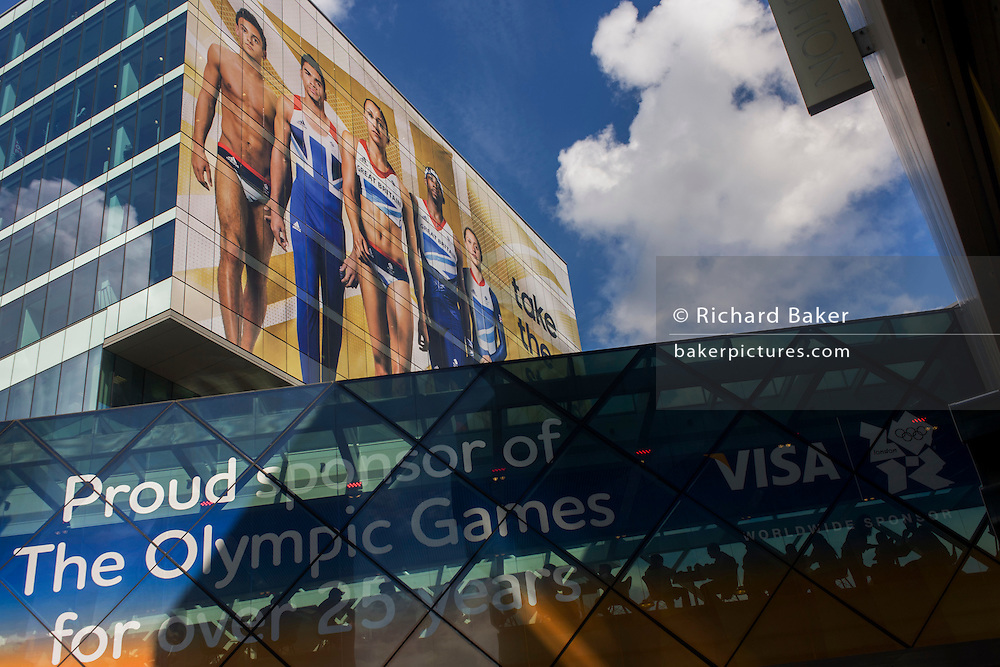