Triathletes cycle over Serpentine Bridge in London's Hyde Park for the Mens' Triathlon competition during the London 2012 Olympics, the 30th Olympiad. Serpentine Bridge marks the boundary between Hyde Park and Kensington Gardens. The Triathlon competitors raced over a 1.5km swim, a 43km bike race and a 10km run - eventually won by Team GB's Alistair Brownlee, Spain's Javier Gomez and Jonathan Brownlee (brother of the winner). The Serpentine (also known as the Serpentine River) is a 28-acre (11 ha) recreational lake in Hyde Park, London, England, created in 1730. The venue was the Hyde Park 142 hectares (350 acres) Hyde Park in the heart of the capital, one of the largest parks in central London and the site of the Victorian Great Exhibition of 1851. 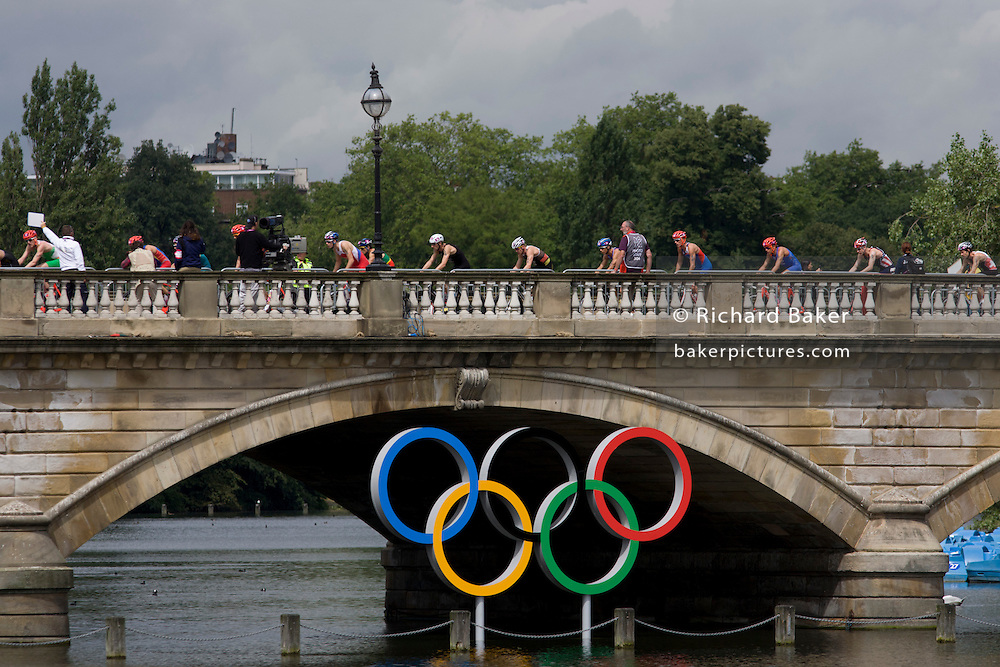