Closure Of Carnegie Library In Lambeth

Campaigners protesting the closure by Lambeth council of Carnegie Library listen to speakers on Herne Hill, south London on 2nd April 2016. The angry local community in the south London borough have occupied their important resource for learning and social hub for the weekend. After a long campaign by locals, Lambeth have gone ahead and closed the library's doors for the last time because they say, cuts to their budget mean millions must be saved. A gym will replace the working library and while some of the 20,000 books on shelves will remain, no librarians will be present to administer it. London borough’s budget cuts mean four of its 10 libraries will either close, move or be run by volunteers. (Photo by Richard Baker / In Pictures via Getty Images). 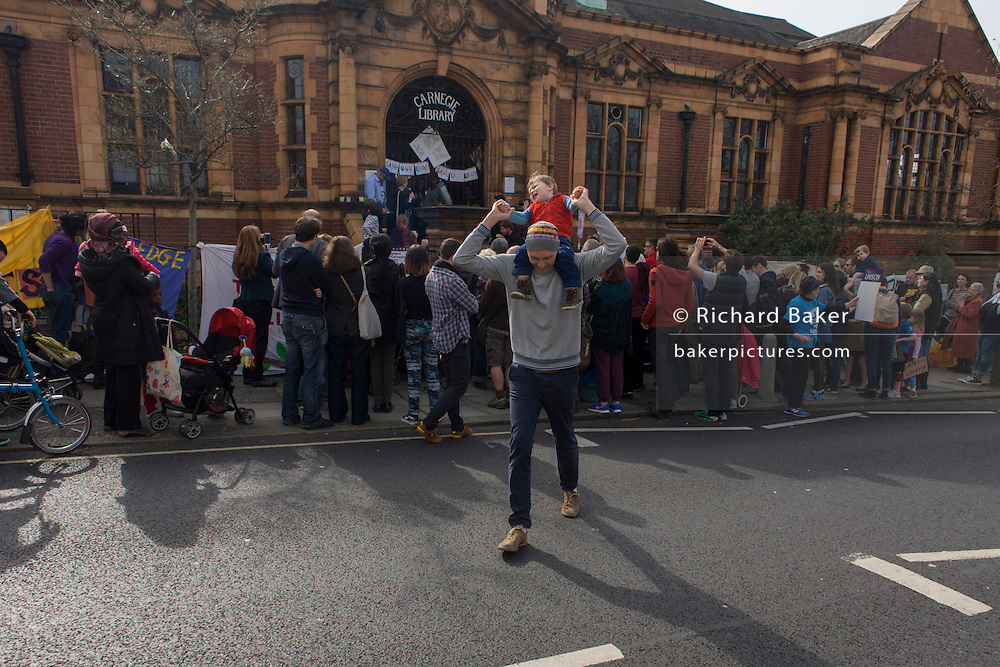