Branches of winter Plane trees in the foreground and the clockface containing the Big Ben bell in the Elizabeth Tower of the British parliament, on 17th January 2017, in London England. The Elizabeth Tower (previously called the Clock Tower) named in tribute to Queen Elizabeth II in her Diamond Jubilee year – was raised as a part of Charles Barry's design for a new palace, after the old Palace of Westminster was largely destroyed by fire on the night of 16 October 1834. The new Parliament was built in a Neo-gothic style. Although Barry was the chief architect of the Palace, he turned to Augustus Pugin for the design of the clock tower. It celebrated its 150th anniversary on 31 May 2009. The tower was completed in 1858 and has become one of the most prominent symbols of both London and England. 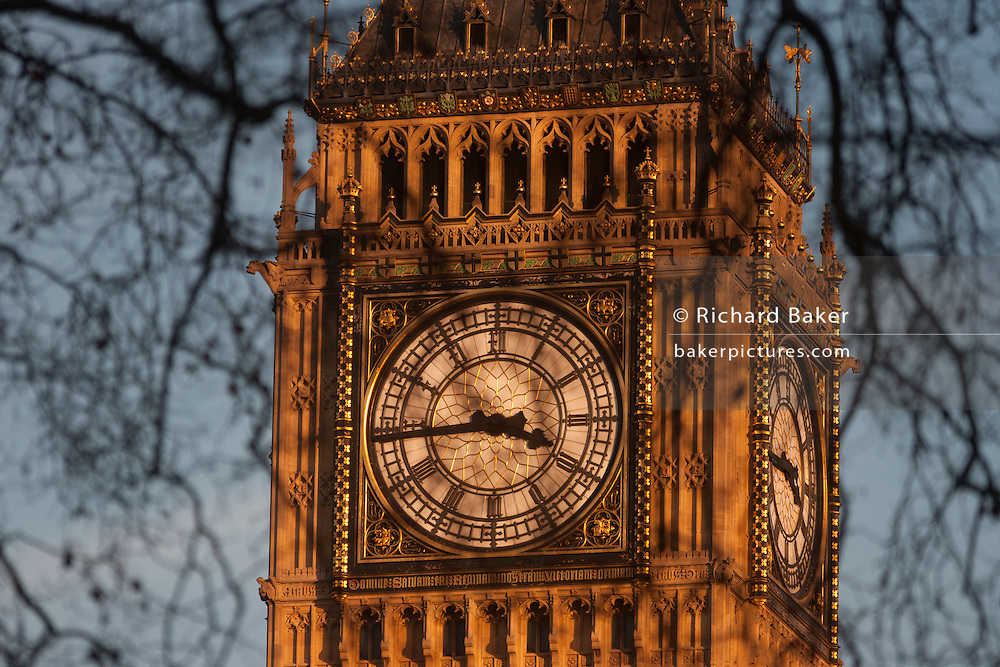